The application, made under section 36C of the Electricity Act 1989, seeks to make the following variation: to remove the existing 525 MW capacity limits on each of the Seagreen Project Alpha and Project Bravo offshore wind farms. There would be no change to the physical parameters of the development consented in 2014.

Copies of the variation application and the supporting information may also be obtained from Seagreen Wind Energy Limited (at info@seagreenwindenergy.com or 0141 224 7192) at a charge of £50 per hard copy and £15 for a copy on CD (including post and packaging).

Following receipt of all views and representations, the Scottish Ministers will determine the application for consent variation in one of two ways:

MS-LOT processes applications under the Marine (Scotland) Act 2010, the Marine and Coastal Access Act 2009 and The Electricity Act 1989 (as amended). During the consultation process written representations can be sent to the Scottish Ministers.

Should the Scottish Ministers call a PLI copies of representations will be sent to the Directorate of Planning and Environmental Appeals for the Reporter to consider during the inquiry.

These representations will be posted on their website but will not publish your personal data (e.g. your name and address) as this is removed beforehand in compliance with the Data Protection Act 1998.

You can choose to mark your representation as confidential, in which case it will only be considered by the Scottish Ministers and will not be shared with the planning authority, the applicant, the Reporter (should a PLI be called) or any other third party.

If you have any queries or concerns about how your personal data will be handled, contact MS-LOT by email at: ms.marinerenewables@gov.scot or by post to The Scottish Government, MS-LOT, Marine Laboratory, 375 Victoria Road, Aberdeen, AB11 9DB. 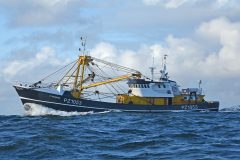