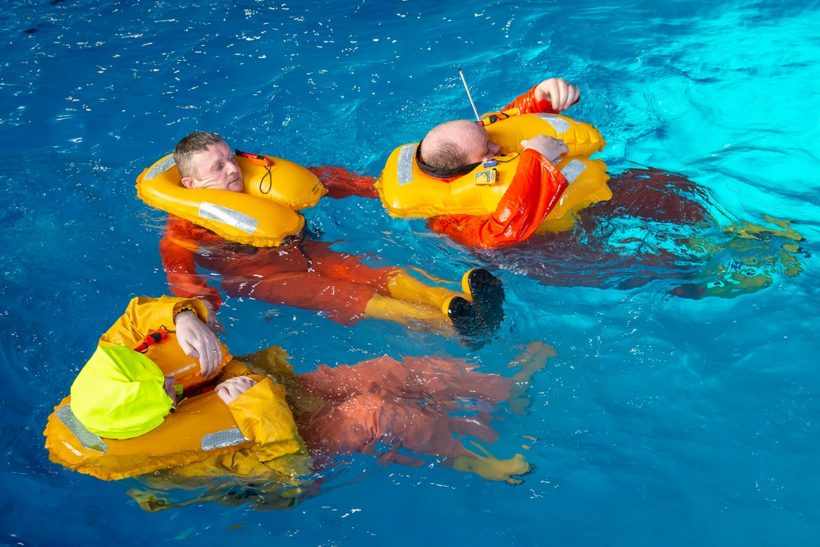 Frankie Horne, fishing safety manager for the RNLI, talks to John Periam about the institution’s work to improve safety awareness in the industry

The Royal National Lifeboat Institution (RNLI) has a dedicated fishing safety division run by Frankie Horne, who lives on the Isle of Man. Frankie has a wealth of experience, having been a crew member of the Peel lifeboat for 29 years as well as a commercial fisherman, skipper and vessel owner. He became the RNLI’s fishing safety manager in 2008. 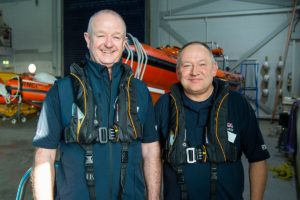 Frankie explained: “It was around 2003 that the RNLI became involved in trying to improve safety in the fishing industry. Up until then, the main RNLI focus was on the leisure activity around the coasts of the UK and Ireland. In the early days, many of the lifeboat crews were made up of working fishermen, which sadly is not the case today due to the current situation within the fishing industry.”

Growing awareness of the specific dangers of commercial fishing led to the decision to create a team of fishermen who would go out and meet with members of the industry to discuss safety at sea and how it could be improved. The team was originally led by Ian Benham, who focused on what could be done above and beyond the usual code of practice requirements for safety.

It was realised that fishing fatalities were happening mainly in the under-15m sector, with the main causes being man-overboard (MOB), cold water shock, delayed call for help and loss of vessel stability. 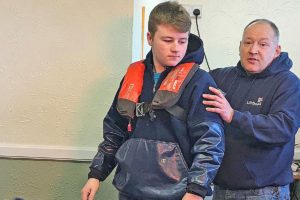 Making sure that survival gear is fitted properly on a training course.

Working with safety partners, the RNLI’s first objective was to help fishermen obtain personal flotation devices (PFDs), and the MOB Guardian man-overboard and vessel locator alert system was developed to give early warning of emergency situations, especially in the under-15m sector. These devices were given away by the RNLI. DVDs were produced providing information on topics including cold water shock, stability issues, flooding survival and vessel abandonment.

Frankie said: “One of the main areas was the RNLI’s commitment to improving quayside discussions with working fishermen on all safety subjects. It was a real learning curve for all parties involved, and from this, improvements were made to PFDs regarding size and ease of use over long periods.” The addition of personal locator beacons (PLBs) to PFDs was a further step forward which has saved many lives.

In 2017, the RNLI brought 17 fishermen from across the UK and Ireland to its survival centre at Poole in Dorset to put them through realistic training in MOB recovery and survival in simulated rough sea conditions. This was the first of a number of such courses around the UK (Fishing News, 13 February, 2020, ‘Rough seas and strong winds put fishermen to the test’). 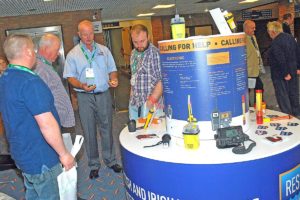 These courses really brought home the realities of immersion in cold water. Participants discovered that their survival time, fully clothed and without a PFD, would be mere minutes. The exercise was repeated with a PFD, and the fishermen found that their potential survival time extended dramatically. As one participant told Fishing News: “It was a massive learning curve, and to think I had been going to sea for many years unaware of just what could happen due to not being prepared. It also made me think about my wife and children and that empty chair back at home!”

Recently analysis by the RNLI of fatalities in the fishing industry in UK and Republic of Ireland waters from 2008 to 2017 has shown the institution where it needs to focus its ongoing efforts with its safety partners. Frankie works alongside 12 RNLI delivery support team members in six RNLI regions, and as the coronavirus restrictions ease, getting out and about more to meet fishermen and hear their concerns and ideas is something they plan to expand on, alongside more in-house education at centres around the coast. 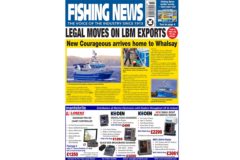