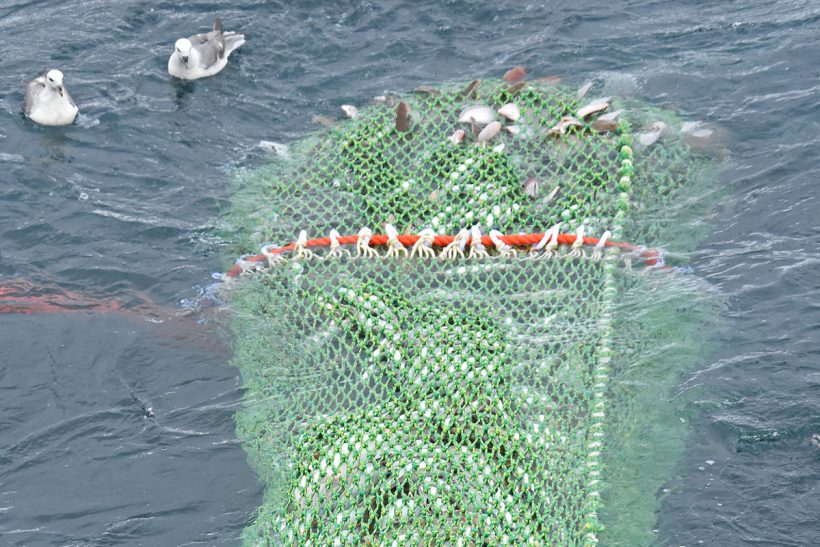 Stocks on the increase

Key whitefish stocks in Scottish waters have expanded dramatically over the past decade, and fishing effort is at record lows, according to a major new analysis, reports Tim Oliver

The study, carried out by Dr Ian Napier of the NAFC Marine Centre UHI in Shetland for the Shetland Fishermen’s Association, analyses the latest stock assessments published by ICES.

The upbeat report says: “The general overall picture continues to be one of generally increasing abundances and declining levels of exploitation.

“It is notable that the aggregate whitefish spawning stock biomasses (SSB) have increased dramatically over the past two decades and are now at record-high levels.

“Over much the same period, the overall average levels of fishing mortality across multiple stocks have fallen substantially to record-low levels.”

Shetland fishermen’s leader Simon Collins welcomed the report and the post-Brexit opportunities it promised, although Scottish whitefish chief Mike Park was more cautious in his response, in view of the challenges of the full implementation of the landing obligation next year, and the need to restrain fishing effort (see below).

The report says two general trends are apparent from the whitefish data:

“Although the sizes of some stocks, such as cod and haddock, remain below levels seen in the past, those of others, such as plaice and hake, are at historic highs,” says the report.

“It is notable that the aggregate whitefish spawning stock biomass has increased dramatically over the past two decades and is now at record-high levels. Over much the same period, the overall average levels of fishing mortality across multiple stocks have fallen substantially, to record-low levels.”

Research carried out by ICES on the interactions between different fish species in the North Sea has suggested that there are links between the abundances of different species.

“The overall picture of whitefish stocks provided by these data is of generally increasing stock sizes, and decreasing – and relatively low – fishing mortality rates. These data also suggest that focusing attention on a single species may give an incomplete impression of the general state of Scottish fish stocks.”

‘Trends in Scottish fish stocks 2018’, can be viewed in full at: nafc.uhi.ac.uk/research

“The figures match what our fishermen are seeing week in, week out, at sea. The overall trend for most of our major commercial stocks could hardly be more encouraging,” he said.

“Brexit now offers Scotland an opportunity to make the most of its marine resources, and we look forward to closer collaboration with the Scottish government to ensure this happens.

“Countries like Iceland and Norway have already shown what a strong partnership between government and industry can do for sustainability, coastal communities and seafood exports.”

Mike Park, chief executive of the Scottish White Fish Producers’ Association (SWFPA) also welcomed the health of the stocks, highlighted by the Shetland report and also in a recent presentation by scientists in Brussels, which he attended (see right).

But he said that the industry had to guard against the impact of the landing obligation, which comes fully into force next year.

“The full impact of the landing obligation has yet to be seen, and we can’t be overly positive until we know what impact that’s had,” he told Fishing News.

“We mustn’t be complacent – the landing obligation is a huge challenge, and we have to work out what the consequences of not meeting that challenge will be.”

Warning against lobbying politicians for higher TACs, as suggested by Europêche after the Brussels science seminar, he said: “We also have to be aware of the long-term management plans (LTMPs) now, and the ability to retain our MSC certificates, which are very much based on living by the management plans.

“We have seven whitefish MSC stocks: Rockall haddock, northern haddock, northern hake, northern saithe, North Sea cod, plaice and whiting. So we’ve got to be very clear that we don’t apply pressure to make politicians break from the TACs that would be applied under the management regime; we’ve really got to stand by the science.”

He said fishermen should work as closely as possible with scientists, and try to understand the stock assessment processes as much as possible.

He added that there may also be some ‘technical creep’ going on in the fleet. “Although vessel numbers may be down, the efficiency and catching capacity of modern vessels are such that we have to be very aware of that. We have a great responsibility here, and we have to be very careful that we don’t get complacent.”

On post-Brexit management of the industry, Mike Park said that the industry must be involved in determining new policies. But it faced ‘a massive task’ in trying to deliver a regionalised fisheries policy.

It was also going to be difficult ‘because the spotlight of the NGOs is going to be on us’. Any new policies were therefore going to have to be robust, in terms of delivering sustainability and restraining fishing effort.

Stocks getting bigger, but still problems with science

Further evidence of the increasing health of EU stocks was presented at a recent scientific seminar on fisheries science organised by the European commission.

Overexploited stocks have decreased by 43% during the past decade, and the proportion of stocks outside safe biological limits dropped by more than half during the same period. Fish populations have been generally increasing, reaching biomass levels in 2016 that were 39% higher than in 2003.

Calling on the EU to acknowledge this process, Europêche president Javier Garat said that despite upbeat predictions for 2018, scientific advice was recommending TAC cuts for certain stocks, due to low levels of recruitment.

“It is clear that no matter how well we manage our stocks, fish populations will always fluctuate. We therefore call on policymakers to look at the big picture and set the TACs for 2019 in accordance with this positive trend,” he said.

A chief scientific officer expressed concern that rebuilding all fish stocks at MSY levels could be counterproductive, since it could lead to overall lower yields.

Mixed fisheries advice was identified as an important element in the TAC-setting process, to better understand the nature of mixed fisheries, and to address the complexities of the landing obligation to the greatest extent possible.

“Scientific advice has come a long way, but a great deal remains to be done. There are still many obstacles to overcome to be able to implement policies such as the landing obligation,” said Javier Garat.

“It is clear that there is a huge gap between theory and practice, resulting in incoherent policies that the industry is now confronted with, and has to endure.”

SWFPA chief Mike Park, who attended the seminar, said that he agreed in general with the Europêche summary. But he said that while the stock projections were positive, they were based on 2016 data, and so did not take into account the effects of the landing obligation in 2017 and 2018.

He also said that European fishermen need to have the chance to question some of the issues that the commission raised in its fishing opportunities paper. 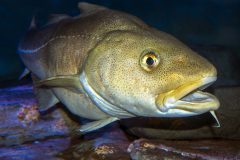 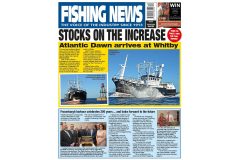