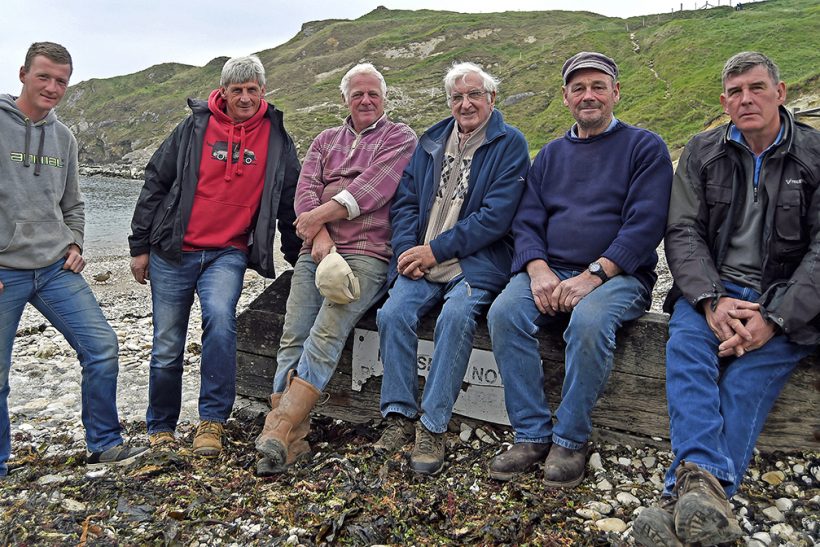 John Periam reports from the Lulworth Cove in Dorset, where inshore fishing has been a way of life for generations of fishermen.

he author John Seymour, in his book ‘The Companion Guide to the Coast of South East England’, referred to Lulworth Cove in Dorset as ‘not tenable in a southerly gale: you either have to beach or get out of it’.

This appears not to deter the fishermen who work on a daily basis from Lulworth Cove, keeping up strong family traditions in this popular tourist spot.

Much has been published about Lulworth, to the extent that the respected Miller family, who have fished from there since 1675, prefer to go into hiding than read more editorial about their idyllic lifestyle. The Cove gets so busy in the summer months that the car parks are overflowing, and the cliffs surrounding the bay are full of walkers making their way to and from the small shingle beach and surrounding cliffs to look at the views across to the Isle of Wight and Purbeck coastline.

Traditions are what the fishing industry is all about on this part of the coast, and when compiling this feature, members of the Lander family, who fish from nearby Swanage – and have done so for well over 200 years, starting in Chapman’s Pool Cove – came to Lulworth to meet up.

Jeff Lander (5th generation) fishes the Kingfisher 26, Star of Hennock. Charlie Lander fishes with Jeff in the winter, and in the summer works his 6.9m Cheetah Catamaran Carol Anne. Jeff and Charlie Lander’s father, Alan, fished for 52 years before he retired. He was the only fisherman to fish from Chapmans Pool – but the bad storms caused such permanent damage to their Cove that they had to move to Swanage.

A little about the Miller family would not go amiss in this feature. The family started fishing in 1687, with Henry Miller, who set up a small fishing business in the neighbouring village of Tyneham.

Levi lives with his father Joe, mother Christine and sisters Sophie and Becci, near the same village. 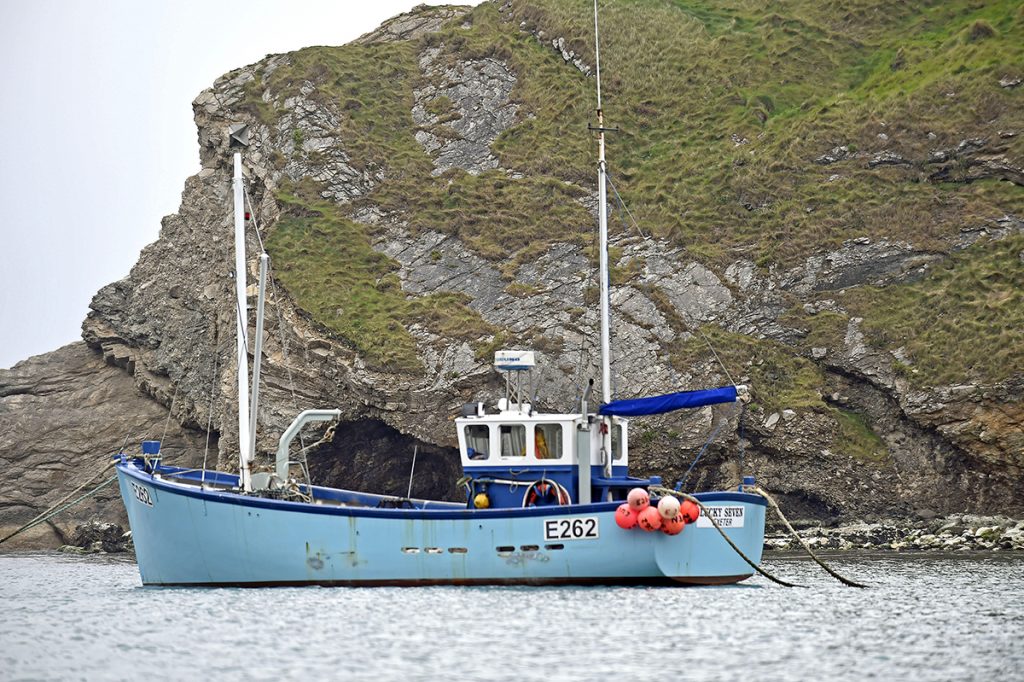 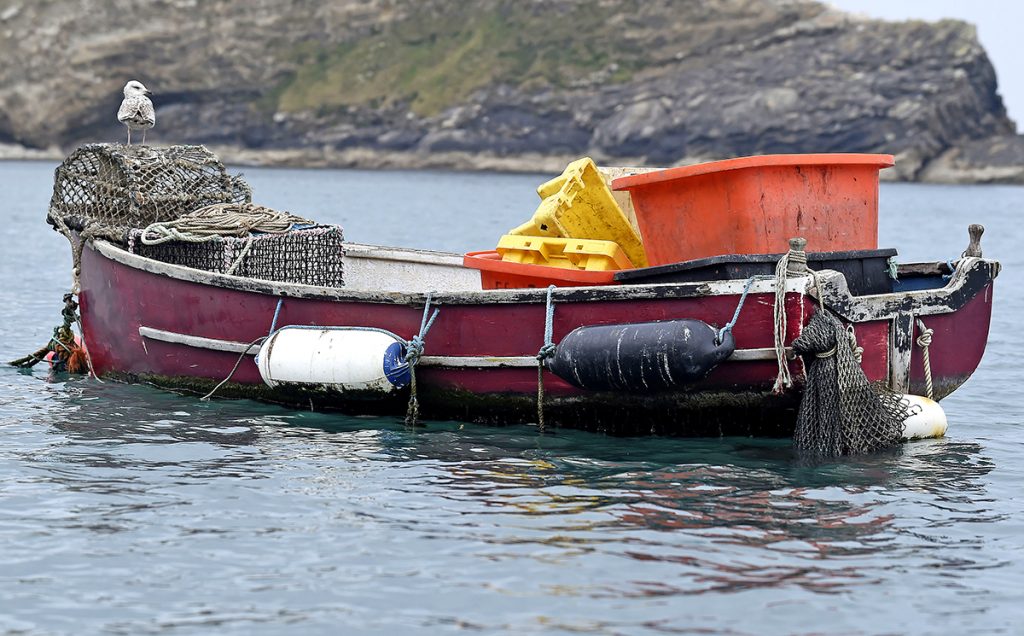 A tender is moored in the Cove so they can keep supplies on board for ease of access. 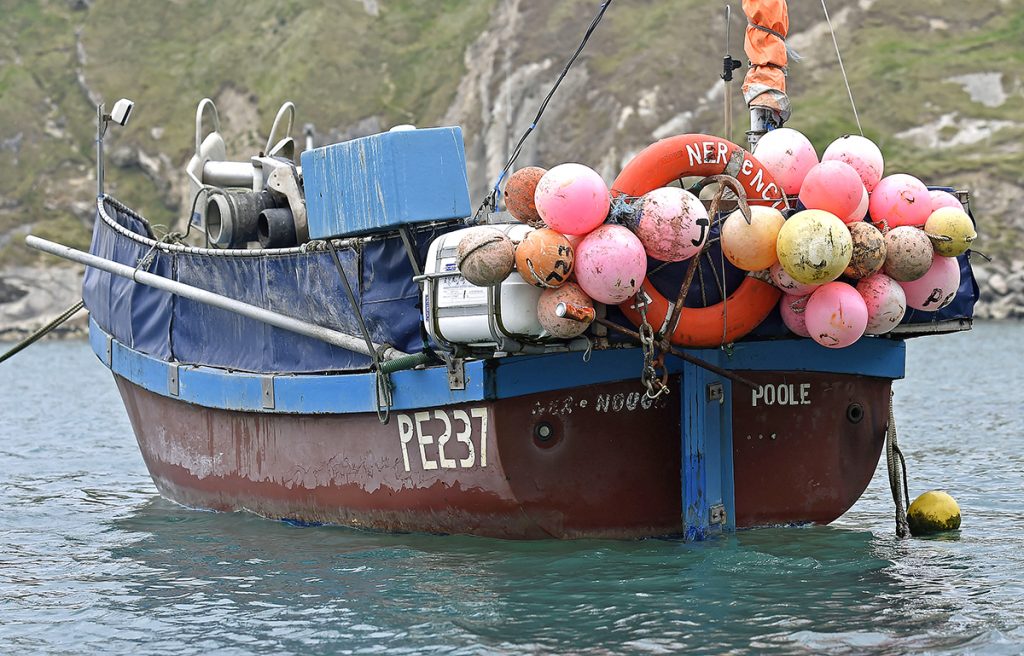 Joe Miller’s Cygnus 19 NEReNOUGH at anchor in the Cove ready for the next day at sea. 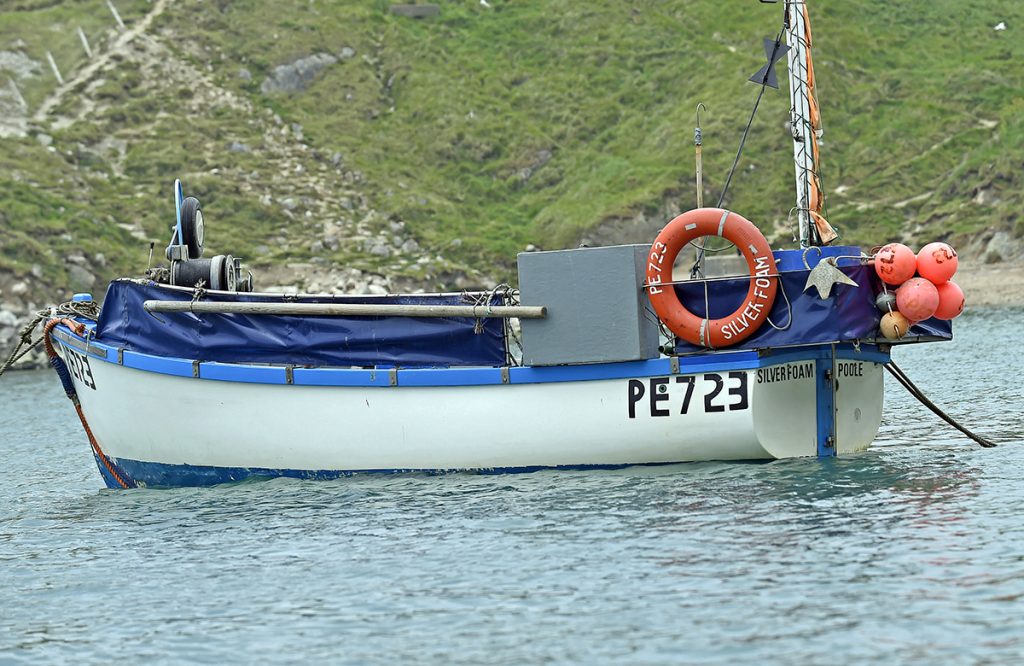 Levi Miller’s boat Silver Foam, a Plymouth Pilot 18 – this was Joe’s boat prior to handing it over to Levi. 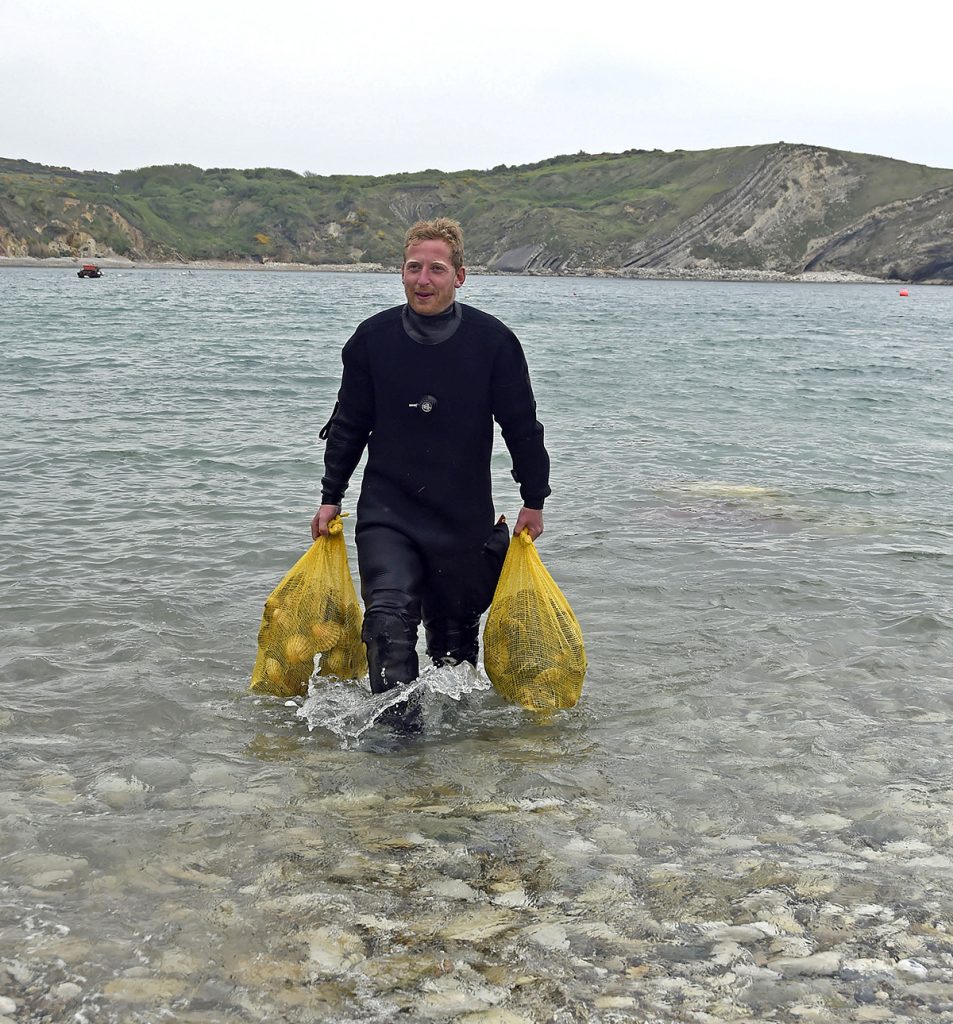 Scallop diver Matt Green is one of a rare breed working from Lulworth Cove. 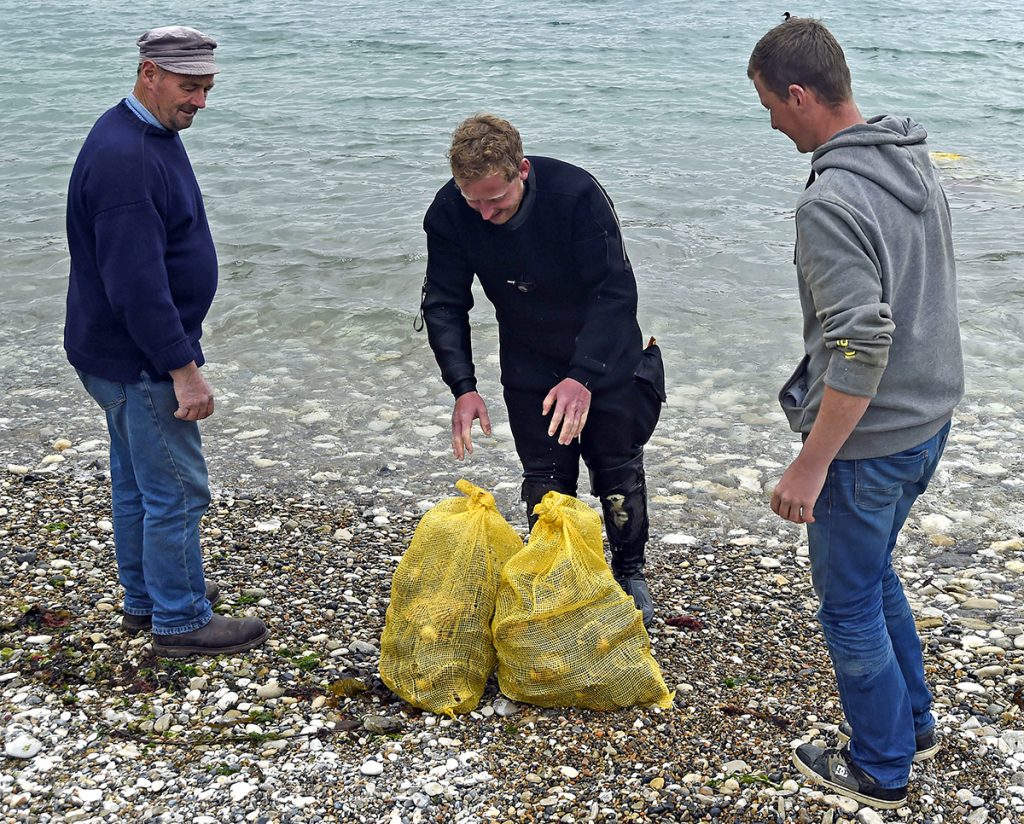 Help is what it is all about and Norman and Levi Miller give Matt Green a helping hand to bring his catch ashore. 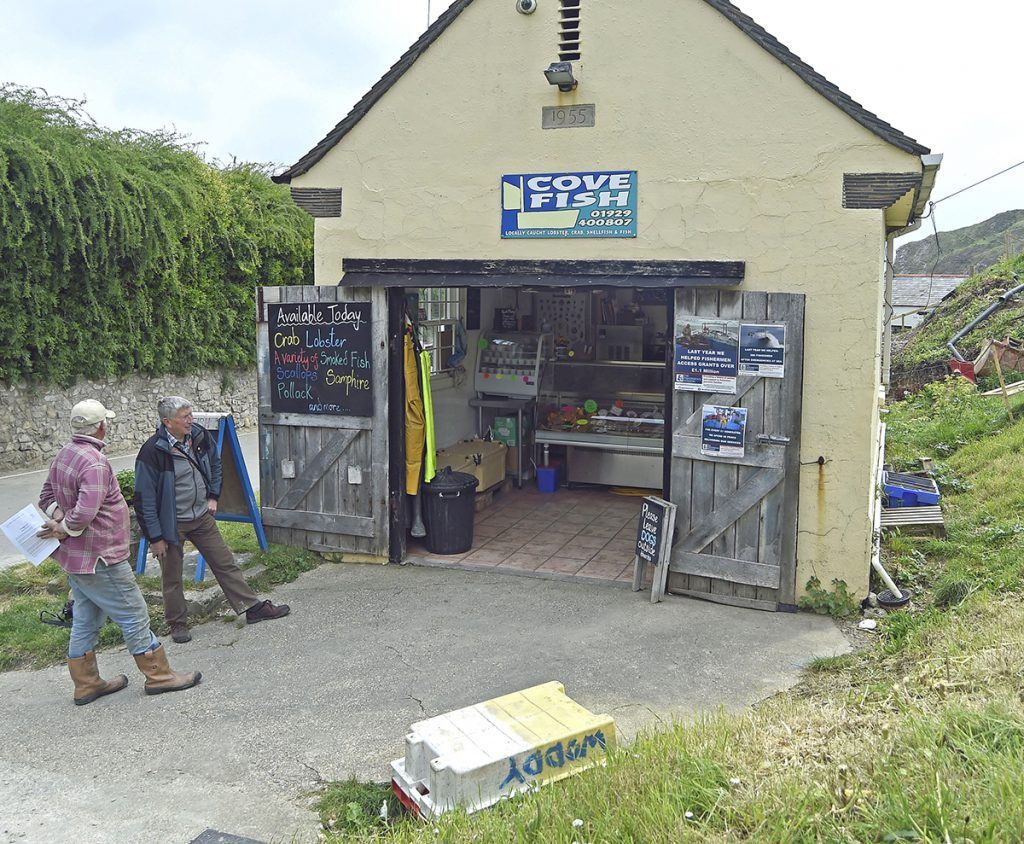 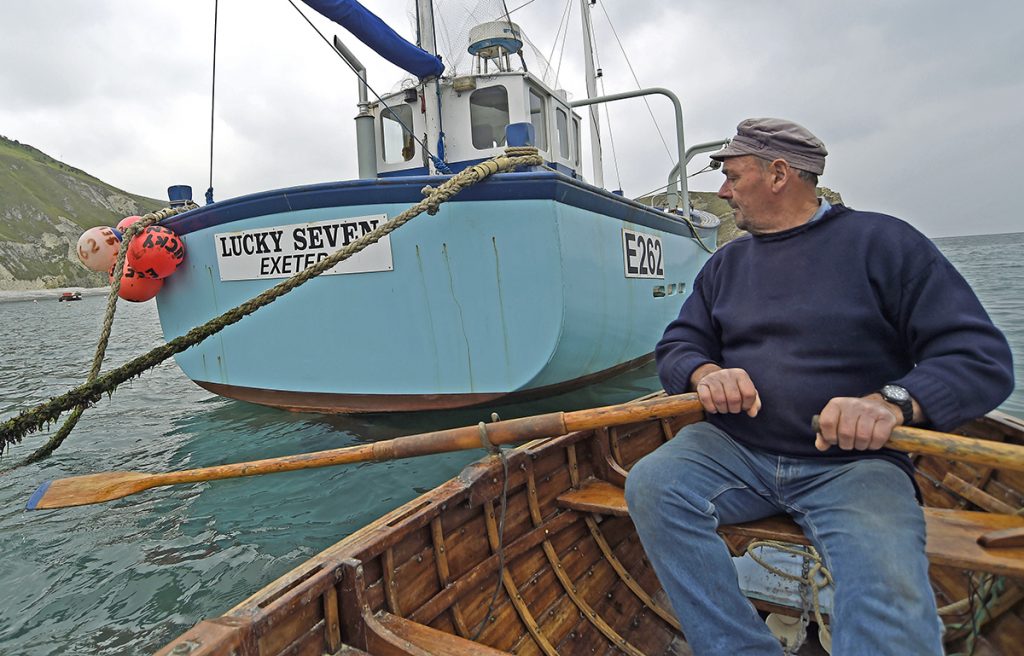 Norman Miller rows out in his tender to Lucky Seven.

“In the summer we moor them in the cove,” said Joe. “Working from the shingle beach in the winter, we fish for crab, lobster and wet fish, which we then bring ashore and sell in our shop. It is a hive of activity, that’s for sure,” said Joe. “It is nice to work and live here, but in the summer months the roads can get gridlocked, which at times can cause us a few issues.”

Their early boats had sails and oars, and it was Charles Miller who was the first to go to sea using an engine, removed from an old Ford car, in the late 1920s. Levi’s grandfather succeeded him, and his father Joe became a fisherman 39 years ago.

Norman Miller said: “We made our own pots then, but the traditions of using them have changed little. For years, we were left to our own devices to fish sustainably. It worked well. Then the rules and regulations came in, and we have seen many local fishermen hang up their nets. You can go into Swanage now, and there are only eight boats working; in 1988 there were 30. I am very much involved in the local Fisherman’s Association, and we have seen its membership dwindle.”

There is no doubt that both families, along with others who have survived, have worked hard to keep their businesses up and running. To the tourists, a fisherman’s life looks so relaxing and enjoyable. While in Lulworth, it did bring back childhood memories, and it was nice to see the public chatting to the fishermen, asking about their work and day’s catch. A lot of interest was shown when scallop diver Matt Green bought his day’s catch up out of the water, helped by Levi. Matt is one of a rare breed who does this most days – protecting the environment by collecting by hand.

“We have to watch our backs all the time. There are those of us who have learnt to live with these regulations, and make a concerted effort to work within them. Then there are others who break the rules, which at times can put us all under a lot of pressure. If we are to have a future for our next generation, we need to protect our fish stocks,” added Joe.

“With a general election due, it is time for the government to stand up for the industry – we must not continue to be a slave to Europe. 70% of our fish is caught in UK waters, and they must not sell us down the drain again. Edward Heath has a lot to answer for. We are all hanging on a thread at the moment – give us more of a living wage; we want decent quotas that we can live on,” said Charlie Lander.

They have issues with skate. Last year, on one trip Charlie threw back 40 undulate rays out of a fleet of eight nets. They are out there but, as Charlie said, they are left with a ‘few small scraps’. “A living wage for small-scale communities is what is needed. In a small boat we have got to catch what swims by the cove; be it bass, mackerel or whatever. In the winter, we might only work one day a week due to inclement weather. It is a case of catching what is at hand, and not being restricted by foolhardy quotas.”

This was supported by Joe. “Luckily for us, we can still catch crab and lobster, which is good. If we just had to rely on fish, there is no doubt we would be gone. We cannot take any more restrictions, and this is something our fisheries minister and his team must be aware of. We have a good MP, Richard Drax. However; election promises are more than often forgotten.”

Joe’s son, Levi, added: “We don’t want any more rules or regulations relating to shellfish – if they do, then they must give us more fish to catch. The Shellfish Association must start to show more support to the smaller fishermen. Crabs are now being flown alive to China and exported all over the place. Shellfish price at times are unjust and need to be re-looked at.

“To follow my dad, and learn from him, has been great. I have his old boat. I am young and have a future ahead of me, and rest assured I will work hard to keep the Miller name in Lulworth associated with the fishing community.” 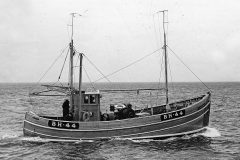 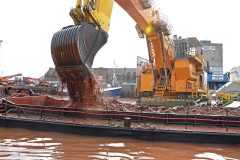