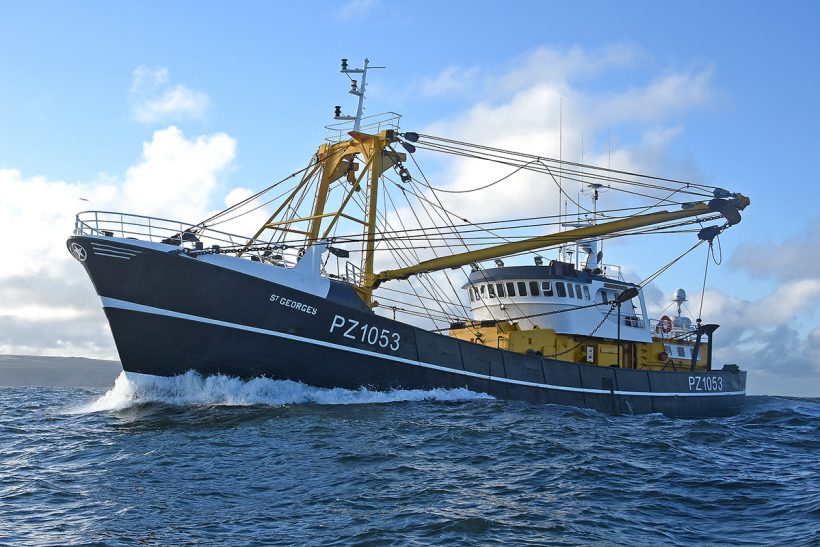 St Georges is the latest boat to be upgraded by Newlyn owners W Stevenson & Sons Ltd, which has an on-going programme of improvements across its fleet of 12 beam trawlers, including vessel ‘optimisation’ (fuel consumption reduction/improvements in towing performance).

Having been fully satisfied with the quality of work completed earlier this year at Whitby on Trevessa IV, as well as the level of performance the beamer’s new centreline machinery package is now delivering, the Newlyn company again selected Parkol Marine Engineering ahead of other bidders, to carry out similar renewal work on St Georges.

As part of the contract, Parkol initially reviewed the beamer’s existing performance, including the stern gear arrangement (propeller size/nozzle type, etc) in relation to the vessel’s underwater hull and line drawings, before looking to design both a new propeller and propulsion nozzle and to select the appropriate gearbox reduction ratio to suit the selected Caterpillar C32A engine.

On arriving at Whitby, St Georges was immediately berthed on the yard’s dry-dock as engineers prepared the beamer’s original Deutz SBV6M545 main engine (derated to 750kW some years ago) and Kuypers gearbox for removal. This was accomplished by removing a section of deck and hull plating on the portside of the engineroom.

The integrated centreline machinery package installed on St Georges was custom-designed by naval architect Ian Paton of SC McAllister & Co Ltd, to give optimum efficiency when the beamer is typically towing the beam trawls at four knots.

The rationale for the choice of a Caterpillar C32 ACERT main engine lies in the fact that the electronically controlled engine, which itself delivers improved fuel efficiency, features a Wide Operating Speed Range (WOSR) to deliver a flat power curve. This means that the engine delivers full power (708kW) at 1600rpm, thereby enabling the large propeller to turn more slowly and provide enhanced propulsion efficiency.

St Georges returned an average top speed 11.5 knots on engine trials off Whitby. When steaming at nine knots from1200rpm, the beamer was using around 74 litres an hour.

Ian Paton said: “It is often thought that fitting a big propeller means making the boat slower, so a lot of thought went into making sure we did not slow St Georges. This rationale has paid dividends, as it did with Trevessa IV a few months earlier. The new propulsion package is just more efficient, both when towing and steaming, with initial indications suggesting fuel savings of around 20% against the old engine and propeller set-up.”

In addition to the machinery package installation work, substantial keel modifications and ballasting were also required to compensate for the significant difference in weight between the old and new engine and associated components. Some 12t of steel bar sections were added to the underside of the keel. Despite the challenges associated with the size and weight of the new keel sections, this work was completed smoothly while floating St Georges on and off the dry-dock twice.

A further 6t of ballast in the form of steel punching topped with concrete was added to the aft end of the engine room.

The rudder was also lengthened to suit the larger stern components.

Parkol also carried out a variety of additional work that was not part of the original project, without impacting on the completion date, in order to ready St Georges for full-term recertification.

This work included fitting new wheelhouse windows, cleaning and preparing fuel tanks for ultrasonic testing, replacing an engine room access door, re-plating a section of the crow’s nest, renewing a number of bulwark rail pins and replacing two sections of hull plating that had thinned over time and were picked-up as part of the hull thickness survey carried out while the vessel was dry-docked.

Peter Fenna said: “This is the second project I have managed involving Parkol Marine Engineering [the first was Trevessa IV, Fishing News, 20 July, 2017] and again it has been a delight to work with them. They are always prepared to go the extra mile and do everything they can to support the client’s needs. Just like the previous project, the scope of works was delivered on time and to budget. Final recertification work was completed in Newlyn ahead of schedule earlier this month, as a result of which St Georges was able to complete a couple of trips before the Christmas break.” 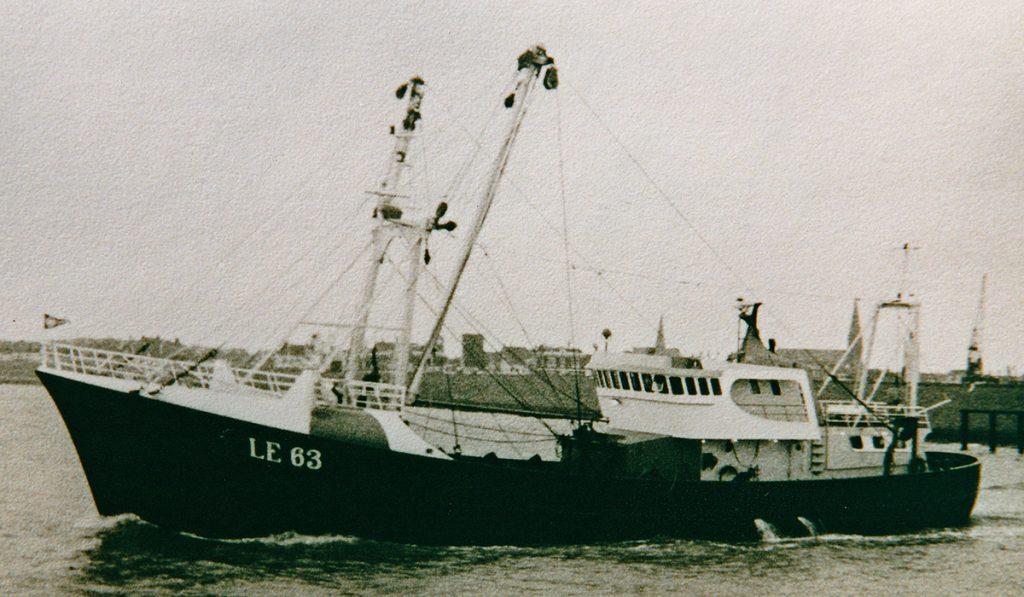 Of 34.78m LOA, 30.98m reg length, 7m beam and 4m moulded depth, St Georges was completed by Hoekman at Urk, Holland in 1974 after the hull was built at the Molen Shipyard in Zaandam. Powered by a 820kW Deutz main engine, the beamer was originally owned by Jelle Toering & Sons and named Soli Deo Gloria LE-63.

In 1984, the vessel moved to England, and was renamed St Georges LT 59 by Colne Shipping of Lowestoft.

W Stevenson & Sons bought St Georges 12 years later, since when the beamer has fished out of Newlyn as PZ 1053. 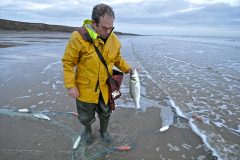 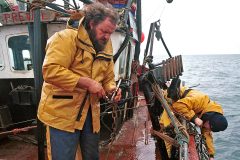 The origins of the present day Cornish sardine fishery