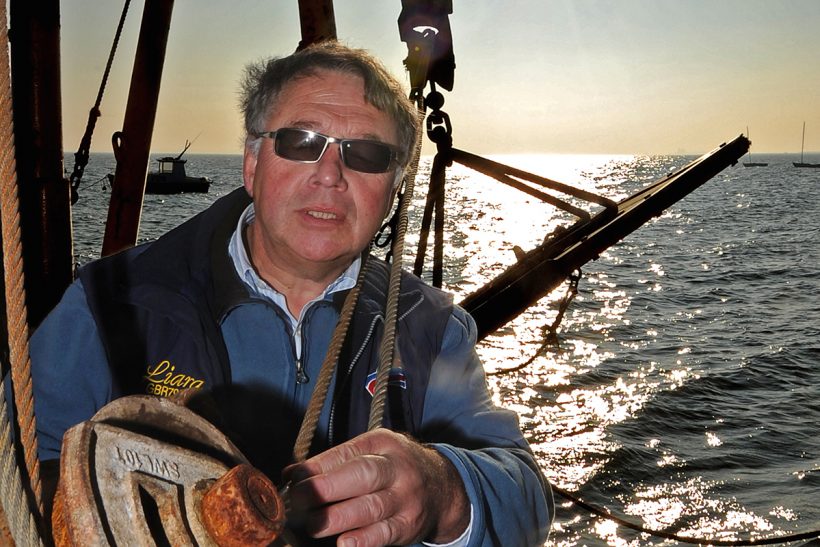 A man dedicated to seeing the fishing industry survive.

Having spent a lifetime fishing from the Essex coast at Southend, Paul Gilson is determined to see the survival of the industry he loves so much, reports John Periam.

Above: Paul returning back to shore after a day’s fishing. He is currently the only fisherman working from Southend. (Photo: Paul Watson)

Paul’s forthright comments have been included in Fishing News for many years, and his support for the region’s fishermen has involved him, at times, in heavy debates with the ‘powers that be’.

From childhood, Paul helped his father fish. At the end of the school day, from the age of 11, he went down to the estuary at Southend to help in any way he could – it was in the family’s blood, and all he wanted to do was to become a fisherman. His father was also Coxswain of the Southend RNLI Lifeboat. In those days, fishermen made up a large percentage of the lifeboat crew around our coasts.

Paul had five uncles, and between them, they had seven fishing boats. Paul recalled the time when the phone went in the middle of the night, and his dad asked if he was awake. He said, “You are doing a man’s job now” and Paul joined him on the lifeboat for his first shout at the age of 15.

At the age of 45, Paul retired from the lifeboat and developed his other interest, working on the old Leigh Bawley, Endeavour. She was one of six Leigh cockle boats that took part in the Dunkirk evacuation on 31 May, 1940, of which five returned; the Renown and all its crew were lost. Each year, many events take place to remember the evacuation, including a visit to Dunkirk every five years.

Paul is fortunate to have done a lot in his 64 years and has written two books; Sole Searching: Tales of a Thames Fisherman, and a follow-up Sole Survivor, due out later this year, published by Estuary Publishing. Both publications are about Paul’s life on this part of the coast, and how it has changed over the years. “I refer to them as the good days, when as a fisherman I looked forward to waking up in the morning and going to sea – sadly it’s not the same now.”

Paul is soon launching his new Dennis Swire under-15m boat, Jolia. “I had a slight confrontation with the MMO a while back, and that took some of my savings, so the build was somewhat delayed. I am delighted our efforts have paid off, and I plan to take her to sea soon with a potential crew of up to three, subject to the type of fishing we plan to do. What is so sad is that when I started to fit her out, the fishing was excellent, and now we are suffering from low stocks.”

When Paul and his cousins set up his fishing company, which was involved in the freezing and distribution of fish, there were 29 boats bringing fish to him – there are now none. “My new boat will be the only one working out of the creek. What concerns me is the unpredictability of fish stocks for the under-10s, which sadly will not give fishermen the opportunity to have a full-time crew, restricting newcomers going into the industry. This adds danger to fishing, especially if one is a single hander!

“There is no more enthusiasm to steam ahead for catches like I used to. Then there were fish to catch, now there are not, and if we do catch some, we have to remember quotas. There are too many rules and regulations. It was so different in the good days of sustainable fishing. I worry so much about the future of the industry, which is why I put so much effort into trying to save it, which sadly at times puts me in the firing line.”

Paul went on to say, “What we need now is management from the MMO and IFCA, with a person in place who has the right to control the needs of that specific fishery. At the moment there are too many crossed wires, and that is confusing the issues even more. We need management on fact! What fish is on the ground – what fish is available – what the seabed is like.

“We then have DEFRA overruling the whole issue and giving us wind farms, and in the next breath, we have the IFCAs enforcing conservation zones. It does not work as it’s due to a mixed set of managers giving the wrong signals. What is needed is for all parties to work together. I feel sorry for those involved, as at times as they are restricted in what they can say or do. It’s important to know the full facts relating to a specific region, linked to a working knowledge of the fishing industry. Some IFCAs do have this, and perform very well indeed, while others do not.”

It is well known that instances of illegal fishing are a common occurrence in some areas, including Essex where the coastline has lots of small inlets that are not easy to protect.

“I feel it would be better if the IFCAs in these areas invested more in RIBs rather than the larger offshore vessels. They are watching us trying to do a good day’s work, while at the same time the illegal fishermen are getting away with it. No paperwork for them – like there is for us.

“There are currently too many people telling others what to do. What we need are dedicated fishermen’s associations working more with the authorities. Dorset has been highlighted recently in Fishing News with association members sitting around the same table to discuss things all together. If it works for them, why can’t it work for us? Negative communication leads to a group of very unhappy fishermen trying to earn a living, not knowing which way to turn.”

The Thames Estuary is another main concern for the fishermen in this neck of the woods.

“What we believe we have now is a weak seabed in the proximity of two toxic tips. When it rains, the water level drops and drains through the ground and percolates in the middle of the Thames, killing off and driving away fish. In 2014, the Thames virtually died. We have had pulse fishing off the Thanet coast, and dredging to allow larger vessels up to 400m to enter ports. Due to this, the sandy beaches have disappeared, and we now have up to 300 acres of pebbles. The East Coast is hardest hit, with fewer species of fish, and that is why our industry is on the decline.

“For example, if you have 10 species of fish to target at 200kg of each, you can survive. If you have three species, you cannot exist, and that is the problem here. The seabed has changed, resulting in a totally different infrastructure. The lugworm has gone, and when did a fisherman last catch a grey mullet? The Zoological Society of London has established a forum – the NFFO says fishermen’s knowledge is wanted to advise others. Yes! We will be happy to oblige, but wouldn’t it be nice to have our expenses covered? The specialists are getting paid to destroy the livelihoods that we want to protect. Come and spend time with us, then you may realise just what hardships we are suffering.”

Paul feels that the NFFO, in particular, has some very intelligent people working behind the scenes – that is really good.

“The NFFO has knowledge of the industry; it is time more people realise this. If Brexit goes to plan, the NFFO’s input will benefit the industry. Fish and the environment are both resourceful, and in time both will return.”

Paul Gilson added: “After the war, we had 47 boats working out of Leigh, fishing just for shrimps – now there are none. The cockle fleet is now suffering. There were plenty of cockles, but they did not grow. They have the evidence, but not the money to fight those in running the port. I am hoping to have a one-to-one meeting with the fisheries minister, George Eustice, very soon.

“Where you have got lots of fish you can muddle on. We have not got them here, and that is what the minister needs to be told. At Whitstable, there is a new wind farm, along with a mile-long concrete cover, protecting cables. As a result, the environment has totally changed for those fishing the area. There is now a proposed truce with the Dutch regarding pulse fishing, which proves that if you sit around and talk direct, you get results. It’s when you go via government departments that you don’t.”

Safety at sea is important. Most incidents are due to human error, and it is nice to see this being taken into consideration in the design of new boats. This was the case when Paul had his new boat Jolia fitted-out. It is all down to common sense. “Technology has changed, but it cannot replace the local knowledge of the working fisherman.

“If I had a son who wanted to fish, I would have made sure that, like me, he grew up working with me to see what I do – they are only going to learn by their own experience. I said this earlier; it’s important that those working with the IFCAs know about the industry and regional environment first-hand.”

Paul has recently decided to take his case even further. He will be standing for election to the local council in May. He is well known, and feels confident he will succeed. If he does, it will benefit the fishing industry in the Thames Estuary, as well as the East Coast. Most import of all, it will give him more negotiating power when it comes to dealing with those in authority.

“In conclusion, I want to be able to sit around a table and resolve the issues in a constructive manner, with hopefully a nominated manager who is aware of our current issues. It may well please my wife, Heather, who supports me behind the scenes, knowing that I can come home each night taking fewer worries to bed with me. We will see.” 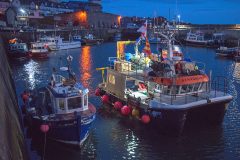 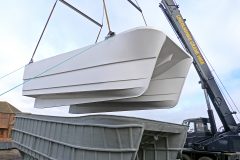