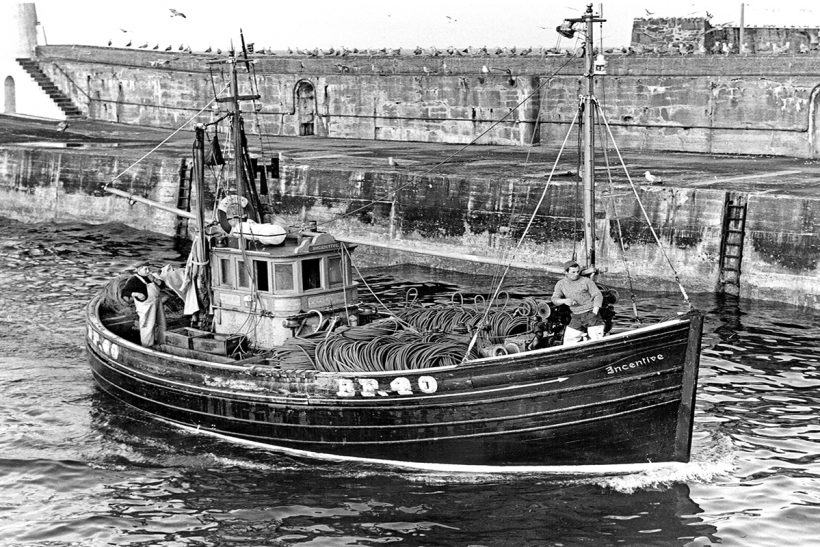 Gallery of images at end of feature.

John Addison gives an overview of seine net boats built for skippers fishing from Moray Firth ports in the 1960s. In this decade, a gradual move towards new designs prevailed, as boatyards and skippers started to incorporate developing technology to update what was, generally, a large fleet of traditional inshore seiners.

The 1960s dawned with a generally ageing fleet of inshore boats, mainly seine-netters, landing daily into Macduff, Whitehills, Buckie and Lossiemouth after fishing in the Moray Firth.

Seine net boats, at this time, ranged from 40ft to 70ft LOA. The smaller class of vessel up to 50ft were mainly fitted with 66kW Kelvin engines. 85kW Gardner engines were the preferred choice for 58ft to 63ft boats, while 113kW propulsion units featured in the larger 65ft to 70ft class of seiner, which, at that time, were the biggest in the fleet.

With regard to the Moray Firth, the majority of 40ft seiners fished from Whitehills and Macduff, although some of these boats fished from Aberdeen during the summer months.

Macduff, together with Buckie and Lossiemouth, was also the home port for many of the 58ft to 63ft seiners. Most of the 65ft to 70ft boats were to be found at Lossiemouth and Buckie, although again, some of these crews worked out of Aberdeen in the summer, when fishing on the Ling Bank some 150 miles into the ENE. A number of bigger seine net boats were also dual-purpose herring drifters.

At the start of the 1960s, there were approximately 100 BF and INS registered seine net boats, together with over 50 BCK seiners.

The building of new fishing boats more or less ceased in 1960 after the government grant and loan scheme came to an end. This left the boatyards at Macduff, Banff, Buckie and Lossiemouth, all of which provided vitally important employment ashore, with little option other than having to lay off their skilled workforce, keeping only a small team of tradesmen to maintain the local fleets. Some boatyards were successful in diversifying into new markets, including cabin cruisers and yachts, until such times as a new building programme was brought in.

This occurred in 1964, when a number of fishermen took the decision to modernise by building new vessels with larger fishrooms in order to give them the opportunity to fish further afield, rather than upgrading their existing vessels, some of which were subsequently converted to prawn-trawling.

The last of the seine net boats built in 1960 were fitted with 179kW Kelvin or 149kW Gardner engines. As this increase of power began to give a greater fishing success when fishing alongside boats with lesser power, the trend for bigger engines, coupled with the need to fish further offshore, continued when orders for new boats started to flow again.

In the early 1960s, the most popular equipment for seine net fishing were belt-driven winches manufactured by Sutherlands of Lossiemouth, and Beccles coilers. In keeping with tradition, coils of seine net rope were lifted off the deck manually from the coiler for stacking alongside the gunwales ready for the next shot.

Around this time, another winch company, Northern Tool & Gear Co from Arbroath, developed a dual-purpose Mastra winch for seining and trawling.

Also at that time, all vessels were fitted with chain steering. This meant that boats generally had a poop deck aft, and that there was minimal bulwark height when crews were hauling the seine net by hand.
On the smaller 40ft vessels, the deck aft was clear for hauling the nets as the steering chains were positioned under the deck.

During the mid-1960s, the introduction of Tenfjord hydraulic steering allowed the aft deck to be kept clear, to give crews the welcome safety factor of full bulwark depth when continuing to haul the nets by hand.

The development of hydraulic power also paved the way for the first powerblocks to be installed on seine net boats, in the second half of a decade that ended with an accelerating degree of change, including whalebacks and larger wheelhouses/deck casings.

This progression would be continued in the early 1970s, firstly by rope bins positioned in the forward part of fishrooms under the coilers, before these, in turn, were quickly superseded by rope reels. 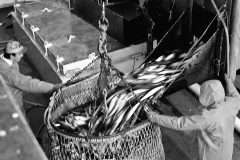 Ports in the Past: Ullapool of yesteryear 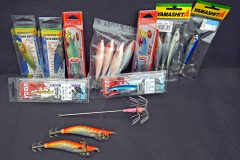