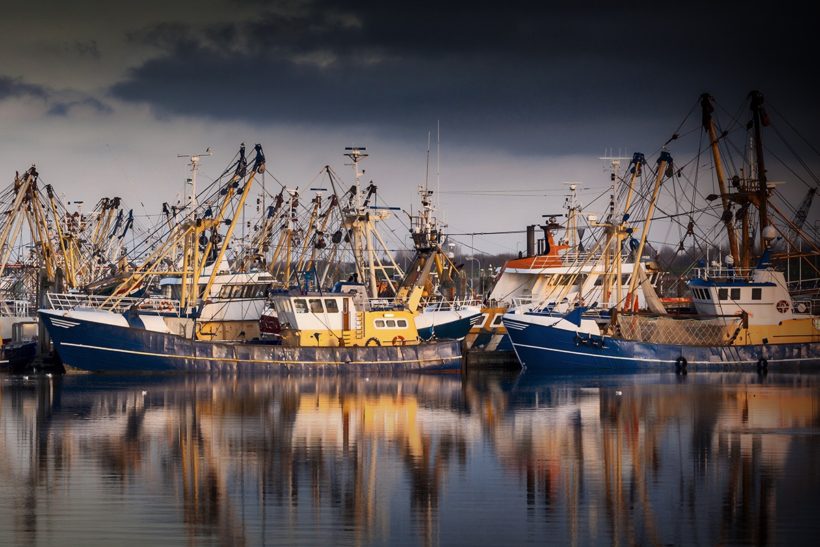 Without urgent steps to curb the activities of the Dutch-owned ‘super-seiners’, the days of inshore fishing from South East ports are numbered, writes NUTFA director Jerry Percy

Shortly after EU exit at the end of December 2020, NUTFA queried the licensing of a large number of Dutch-owned fly-shooters with the MMO. Our comments and questions reflected the massive concerns expressed to us by smaller-scale coastal fishermen who were seeing the devastation of their inshore fisheries by, among others, these highly efficient vessels. One hundred and ninety-four Dutch boats have been granted licences to fish in UK waters.

The then director of operations for the MMO, Phil Haslam – who has since resigned to become director of a large Dutch-owned pelagic trawler company – stated that the MMO had decided to licence this fleet, and only then undertake an impact assessment – the marine equivalent, in our view, of shutting the door after the horse has bolted.

Apart from the straightforward nonsense of this approach, on a related matter and to the best of our knowledge, no such impact assessment has been carried out to date on the fleet of mainly Dutch- owned supertrawlers currently infesting the English Channel and Celtic Sea – so it does therefore suggest that the MMO’s intention to assess the impact of the super- seiners was based on a recognition that their impacts could be significant.

A year on, and our questions around this issue remain unanswered. Who is carrying out the assessment, what are the terms of reference, what is the methodology, what is the timetable for reporting and, most importantly, what is the government going to do when it becomes clear, as it is likely to do, that these vessels should not be allowed to continue to denude our inshore waters of the fish on which our own coastal fishing communities rely?

It should be noted that equal concerns are being expressed by coastal fishermen on the other side of the English Channel, as they are also witnessing the destruction of their inshore stocks.

We met with George Eustice, secretary of state for the environment, on 10 January, and having listened to our concerns, he has assured us that he will look into the promised impact assessment in order to be able to answer the questions set out above.

In the meantime, his fisheries minister, Victoria Prentis, speaking in parliament on 6 January, stated that the absence of effective catch limits for non-quota species, first instigated following EU exit, would be continued for 2022 (read the full report here).

There is clearly absolutely no logic in continuing this gross lack of effective management or control on a fleet that is clearly doing great harm to the chances of survival for coastal fishermen on both sides of the Channel.

We can only conclude that Defra officials were so taken up with the extended negotiations regarding quota species with the EU and others that they simply did not have the time to consider and protect non-quota species.

That may be all very well if you are a large vessel owner, with plenty of quota and able to fish at distance from your home port. The reality for four out of every five boats in the UK fleet, the under-10s, is entirely different.

Whilst recent government initiatives have sought to increase under-10 access to quota species, reports from members around the country illustrate that you can have as much quota as you like, but if the fish are being caught before they come within reach of the smaller-scale fleet, then that access is worthless.

Ms Prentis was at pains to make clear that: “Exceptionally, the UK and EU agreed not to apply the NQS tonnage limits provided for in the TCA for 2022. We will closely monitor uptake data, and in the event either party reaches 80% of their total, a discussion will be held in the SCF [Specialised Committee on Fisheries] to consider next steps.”

The problem she and her officials have in actually being able to ‘closely monitor uptake data’ is that there appears to be no monitoring of landings, or at least very little.

A recent report from Dutch journalists, supported by the UK’s Client Earth here – in Dutch, but Google Translate does a good job – makes it abundantly clear that the Dutch authorities admit that they simply do not have the staff to monitor landings, and that, in the case of pelagic landings at least, the system relies on data largely supplied by the vessel owners rather than on official checks.

So there is little if any effective monitoring, very few physical checks, and no catch limits! Nirvana for Dutch operators in our waters, but the death knell for many of our inshore fishermen.

This brings us full circle back to our original question to the MMO regarding the promised impact assessment. Our government has made it clear previously that we are relying on landings data supplied by the relevant member states, but the aforementioned report suggests the Dutch authorities don’t have the staff.

In simple terms, how can you assess the impact of a fishing operation if you have no data relating to what they are landing? In the meantime, our inshore fishermen are seeing their livelihoods being taken away in front of their eyes.

Ms Prentis went on to say: “Both parties confirmed our shared priority to ensure the sustainable management of NQS stocks from 2023 onwards.”

Five years ago, the main topic of conversation with NUTFA members was around the lack
of quota. In more recent times, those calls are almost all about no fish on the grounds. The UK’s catching sector lost 700 jobs in the UK between 2019 and 2020. If our inshore fleet has to wait until 2023 for the ‘sustainable management of non-quota stocks’, then frankly, it will be too little, too late for many more hundreds of inshore fishermen, their families, their communities, and their traditions and skills that can never be replaced.

And it doesn’t have to be like this. As claimed so many times by ministers, we are an independent coastal state. We have taken back control – or so they say. Our government managed to ban electric pulse fishing in our waters, and the results of that are already being reflected in improved fishing in some areas of the southern North Sea. We are massively grateful for that, not least as NUTFA campaigned vigorously in that respect, despite the efforts of the NFFO to undermine a ban.

It must therefore be within the government’s powers, notwithstanding the constraints of the Trade and Co-operation Agreement, to find a way – probably through technical measures – to curtail the excesses of the ‘super-seiners’, and in so doing save much of our inshore sector from being consigned to history. 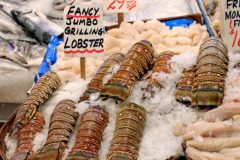 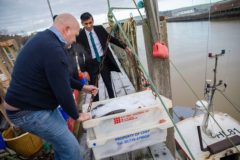