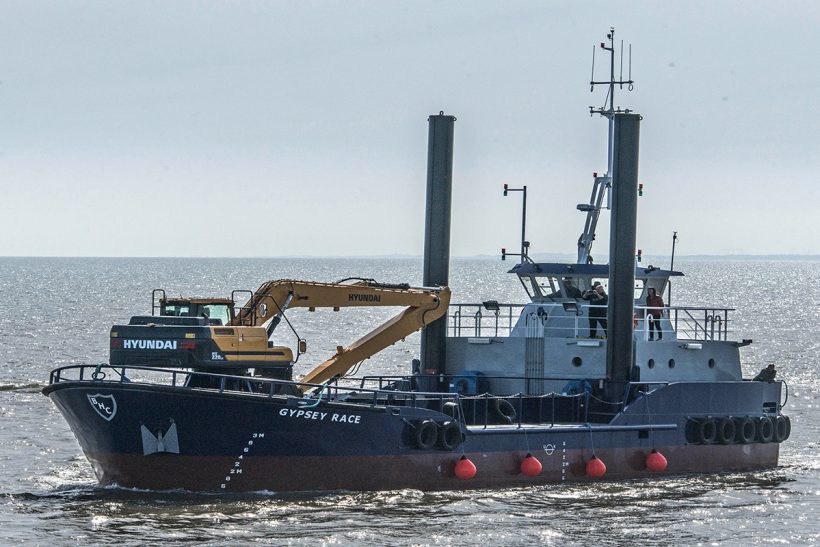 Momentous day for Bridlington: the naming of Gypsey Race

Designed by Simon Cormack, of Marine Design International of Glasgow, the new twin-screw spud-leg dredger has a LOA of 25.4m, length BP 23.8m, 8m of beam and a draft of 2.5m and was built at the Ardmaleish Boatbuilding Company on the Isle of Bute.

Skipper Steve Cowan reported that Gypsey Race, which is powered by twin Doosan MD196TI engines (246kW @1500rpm) that give a cruising speed of eight knots, performed well on the long delivery passage through the Caledonian Canal, along the Moray Firth and down the North Sea to Bridlington. Specially designed to operate in restricted areas and smaller harbours, Gypsey Race features a 14m long-reach grab bucket and can carry around 100t of sediment in the working hold amidships, which features six hydraulically-operated double-skin hopper doors.

Chris Wright, commissioners’ chairman and former harbourmaster said: “Our old dredger (Gypsey Race) was scrapped in 2010, and we’d been hiring one which was too big and too expensive, and it was now or never – we had to bite the bullet. 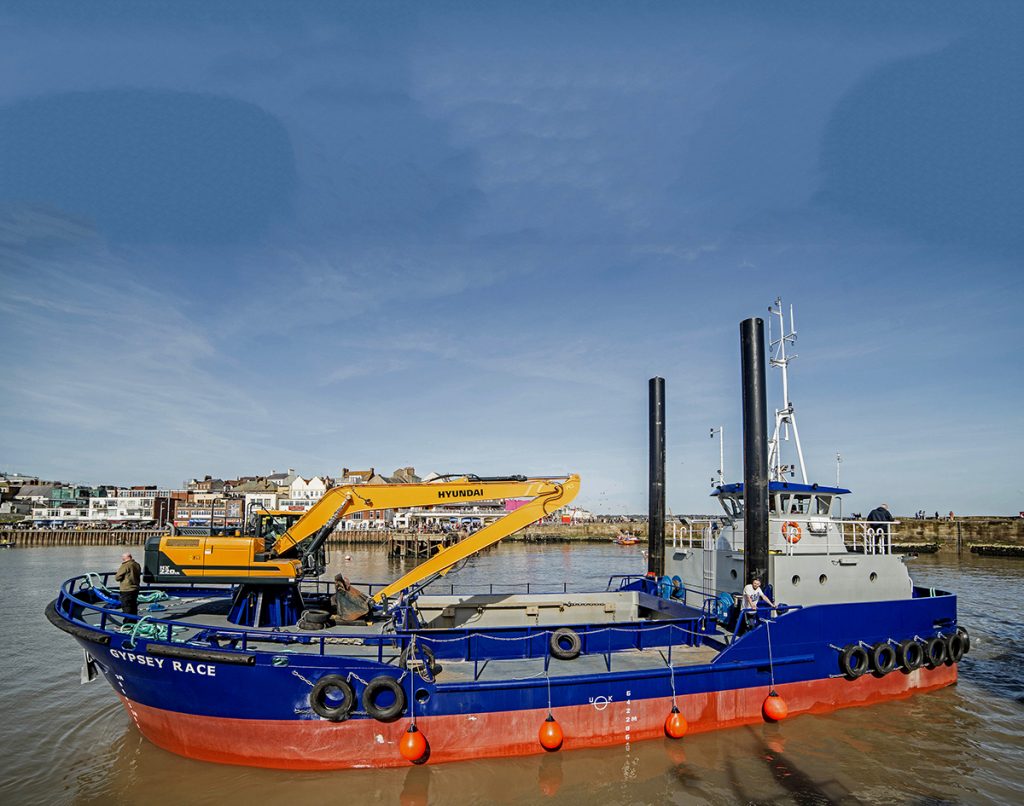 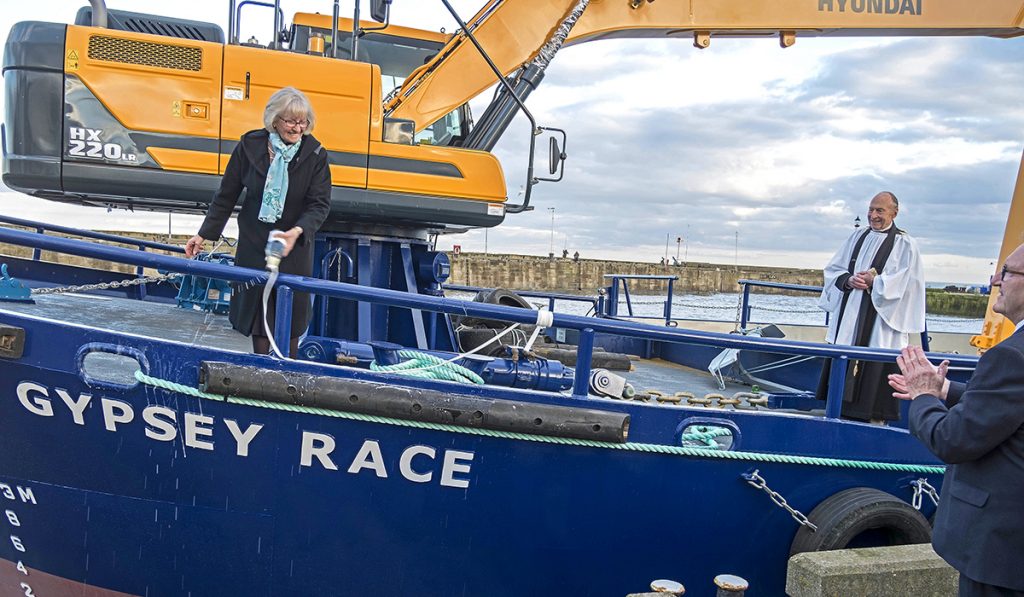 … is christened by Mrs Lynda Wright, wife of BHC chairman, Chris Wright, watched by the Rev John McNaughton, who earlier had blessed the vessel. (Photographs courtesy of Andrew Barrett).

“A lot of the silt comes off the Holderness coast as a result of erosion and its removal is essential for keeping berths and navigation channels clear for fishing vessels in Bridlington harbour. A dredger is needed to clear the mud and silt, with an average build-up of nine inches every year across the 10.5 acres of harbour bed, creating 12,000t to 14,000t of waste per year. Gypsey Race will be used to keep Bridlington harbour heavily dredged in order to maintain maximum operating times for the modern fleet of local potting vessels that skippers continue to invest in.”

Bridlington Harbour provides direct employment for about 350 people, ranging from skippers and processors to restaurant owners and exporters, as well as the people who make and service equipment, such as boats and fishing gear.

Margaret Hyland, chief executive of Bridlington Harbour Commissioners said: “The naming of Gypsey Race was a very proud day for everyone connected with Bridlington Harbour. Local skippers, ably supported by equally dedicated and extremely hard-working crews, have shown incredible confidence in the long-term future of local shellfish stocks, the harvesting of which has firmly established Bridlington as the UK leading potting port, which is a fantastic achievement following the demise of the whitefish fleet on which the harbour was heavily dependent less than a generation ago.

“The new Gypsey Race is testimony to the driving force provided by BHC chairman Chris Wright, together with Neil Newby and Dennis Jewitt. Sadly, Dennis, who fished from Bridlington for most of his career, passed away as Gypsey Race was waiting in the bay to come in to harbour for the first time, but we will never forget the contribution Dennis gave in her commissioning.” 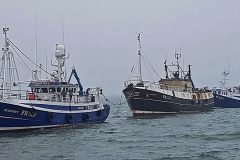 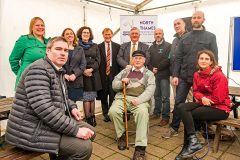