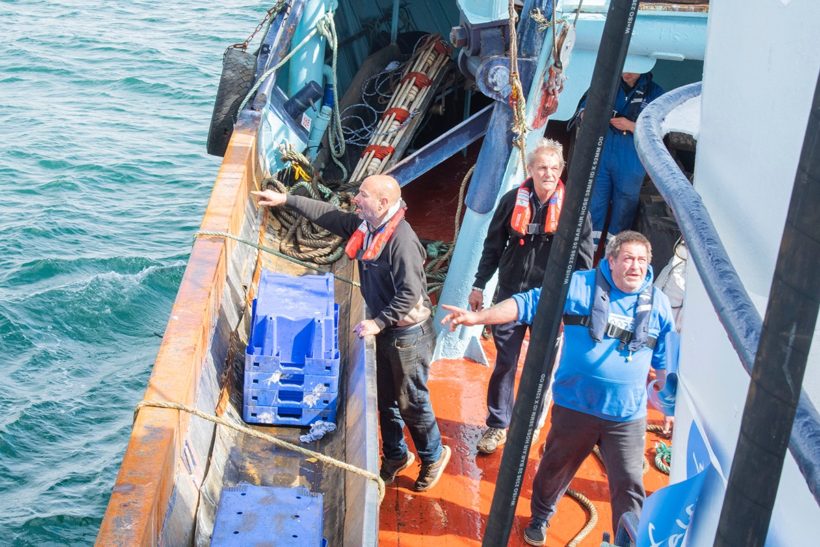 Spotlight on safety at sea: Behind the scenes at the MAIB

Set up in 1989, the Marine Accident Investigation Branch (MAIB) is part of the Department for Transport and is entirely independent of the marine regulator, the Maritime and Coastguard Agency. The MAIB’s chief inspector, who reports directly to the secretary of state, is responsible for investigating accidents involving UK-registered shipping anywhere in the world, and marine accidents and incidents involving any vessels in UK waters.

The sole aim of an MAIB investigation is to learn lessons that will help prevent an accident reoccurring. The branch does not apportion blame and it does not establish liability, enforce laws or carry out prosecutions.

In a typical year, the MAIB will receive 1,200 accident and incident notifications, and will investigate around 30 accidents in depth and publish its findings. Besides telling the story of what happened, the main outputs from an investigation are the recommendations made to improve safety. Not all MAIB reports are into fatalities, as it is much better to learn lessons from lesser accidents and near misses. However, when the branch has investigated a death, its report is made available to the coroner or sheriff, and the lead investigator will attend the inquest or fatal accident inquiry to report the findings of the investigation. Regular man-overboard drills are vital to ensure that crew know exactly what to do should it ever happen for real. (Photo: Geoffrey Lee).

How the MAIB investigates

MAIB investigators deploy worldwide to investigate accidents, and a multi-disciplinary team is always available at two hours’ notice to deploy to an accident scene. Investigators are marine professionals – fishing vessel skippers, master mariners, chief engineers, naval architects and human factors specialists, all with extensive experience of the industry – who are trained to investigate accidents. The training can take up to 18 months, at the end of which the investigator goes through a formal accreditation process.

Supporting the investigators on scene are MAIB technicians, who are experts in recovering and analysing all manner of electronic data, from CCTV recordings to voyage data recorders, which are the marine equivalent of the aircraft ‘black box’. No fewer than two investigators will deploy to an accident, but the team will be as large as it needs to be, and a complex accident can see eight to 10 MAIB staff deployed.

An MAIB spokesperson said: “As with any investigation, it is important to collect evidence while it is fresh and, if possible, before any clearing up commences, though the branch would never aim to impede the work of the emergency services. Besides collecting physical evidence, the accident site and all craft involved will be carefully examined, and the persons involved and any witnesses to the accident are interviewed. If necessary, equipment can be taken away for further examination.

“A debrief is then held that involves looking at the circumstances of the accident whilst considering wider issues such as the relevant regulations and guidance, the population at risk should the accident be repeated, and the history of similar accidents.”

Finally, before an MAIB investigation report is published, it is circulated to those involved and other stakeholders for a 30-day period of consultation. This is the opportunity for anyone who might be adversely affected by the report’s conclusions to comment. All comments made as part of the consultation process are considered, feedback is given and, if appropriate, the report is amended before it is published on the MAIB website. Concise safety flyers for investigations with learning particularly relevant to the fishing industry, which summarise the report findings and safety recommendations, are also produced. 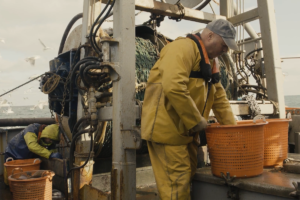 The Home and Dry campaign has increased compliance with PFD regulations, but there is still work to be done, says the MAIB. (Photo: FISG)

Improving the safety of those working at sea in the fishing industry is a major concern for the MAIB. The branch is acutely aware that commercial fishing is the most dangerous job – UK fishermen face a risk of death over six times higher than the most dangerous land-based industry. Tragically, during the last four months the MAIB has commenced a further four investigations into seven deaths onboard commercial fishing vessels.

Whilst it is mandatory to wear a lifejacket when there is a risk of falling or being knocked or dragged overboard, time and again the branch is called on to investigate a tragic loss of life because lifejackets were not worn. If a fisher goes overboard, wearing a lifejacket will give them the best chance of surviving the cold shock phase and maintaining buoyancy until they are rescued. The Fishing Industry Safety Group’s 2020 Home and Dry campaign raised a great deal of awareness about the importance of wearing lifejackets, but although wear rates are improving, there is more work to be done.

Although wearing a lifejacket enhances a casualty’s chances of being recovered alive, it is essential that crews have plans and equipment in place for man-overboard (MOB) recovery should the worst happen. In the cold waters around the UK, cold incapacitation can set in very quickly (within about 10 minutes if the water is around 10°C), which can leave the casualty unable to self-rescue or assist with their rescue.

It is therefore vitally important that boats are rigged, and crews ready, for recovering an incapacitated or unconscious casualty from the water, and that plans and equipment are regularly tested during drills. A MAIB investigation into a 2015 MOB tragedy found that the crew had not completed any practical MOB drills and were unfamiliar with the MOB recovery equipment carried onboard.

This winter, five out of the seven deaths onboard fishing vessels were most likely stability-related. Small fishing vessel stability remains an ongoing issue, and it is critical that fishing vessels have sufficient stability to meet their operating profile. A recent MAIB investigation into a tragic capsize and sinking found that the vessel had insufficient reserves of stability to withstand its net dragging on the seabed concurrently with the vessel turning.

Fundamentals like ensuring equipment, including lifting gear, winches, wires and ropes, are properly maintained can make a huge difference to reducing risk. It is also important that all crew onboard understand the safe working practices, plans and risk assessments, and most importantly, follow them.

The MAIB spokesperson said: “We urge owners and operators of vessels to report incidents to the MAIB. Accident investigations are conducted solely in the interest of future safety, and the no-blame nature of our work enables us to conduct a fully independent investigation. Currently only 13% of claims made to insurers are reported to the MAIB, which is a lot of potentially valuable safety learning lost.

“The industry needs to work together to prevent accidents, and learning from past events is a critical way to make things safer.”

Find out more at: gov.uk/MAIB 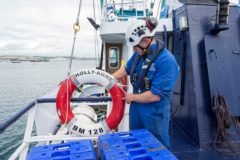 Spotlight on safety at sea: Identify hazards to reduce risk 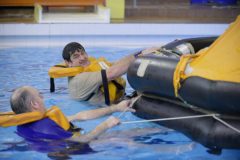 Spotlight on safety at sea: As lockdowns ease, make safety training your priority