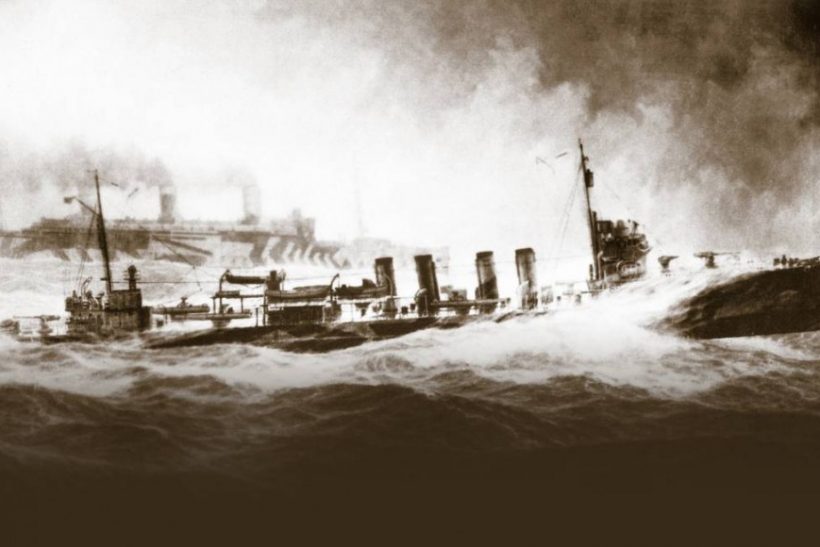 In the latest of an occasional series, Defending Britain, remembering the crucially important role fishermen immediately took on a century ago, John Worrall explains how fishing boats were frequently deployed hundreds of miles from their home ports in support of the armed forces during WW1.

In late June 1914, Archduke Franz Ferdinand was shot and killed in Sarajevo by a Serbian nationalist, Gavrilo Princip, with what turned out to be the starting gun for WW1, although it wasn’t immediately recognised as such, despite political tensions and plenty of troublesome ‘previous’ on the part of the Balkans.

But that would soon change. Franz had been heir to the Austro-Hungarian (A-H) empire, while Princip was connected to the Serbian nationalist Black Hand group. Assuming Serbia itself to be involved, and with a nod from Germany, A-H declared war on Serbia a month later. By that time the Ottoman Turks had signed a defence treaty with Germany, while Russia also had one with Serbia and so the assassination triggered a treaty-led domino effect that gradually pulled in everyone else, beginning with Russia on behalf of Serbia.

The Ottomans’ siding with the Kaiser was a change of tack on their part, after years of close co-operation with Britain when Royal Navy officers had effectively run the Turkish navy. Germany’s influence had permeated Ottoman thinking by, among other things, donating a couple of warships – which trumped mere naval officers – and a German admiral then became commander of the Turkish navy and set about bombarding Russian Black Sea ports.

Russia, for its part, had a geographical problem in that its access to waters beyond the landlocked Black Sea was through the narrow Bosporus at Istanbul – Constantinople, as it still was – and the almost equally narrow Dardanelles Strait, both of them part of Ottoman Turkey, with flanking hillsides smothered in artillery. All the time that those straits were in enemy hands, Russian maritime access to Western Europe was choked off.

Thus, it was, that on November 3, 1914, the British battle cruisers Indefatigable and Indomitable, together with French warships, started shelling Turkish positions on the Dardanelles; an action that turned out to be a precursor to the ill-fated, eight-month Gallipoli Campaign, which would begin in April 1915. The whole Dardanelles/Gallipoli campaign carried the linked hope of diverting German endeavour from the Western Front. 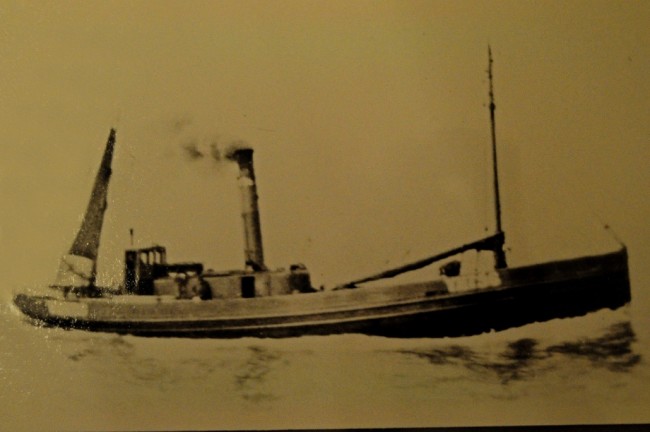 The drifter Floandi took heavy damage from an A-H cruiser in the Strait of Otranto.

During that campaign, British fishing boats again got thrown into action, this time far from home and out of their depth in several respects. Russia’s sea access problem was equally an issue for her allies, who were trying to solve it. The 38-mile-long Dardanelles Strait ranges from four miles wide to less than a mile, and neutralising shore defences meant getting warships close enough to target batteries, which in turn meant mine-sweeping well within range of those emplacements.

Twenty-one unarmed – though lightly armoured – minesweeping trawlers, including 14 from Lowestoft, were sent out, only to find their job doubly difficult because the Strait has a constant, strong, surface current. This current flows from the Black Sea, which is fed by numerous rivers including the Danube. With sweeping downstream being the only practical option, the trawlers had to run the gauntlet twice, in getting upstream of the minefield and then sweeping down, all the time under fire. They didn’t achieve much and got badly shot up for their trouble. As the campaign continued ever more desperately, the surviving boats mostly switched to fetching and carrying for the invading force. By then, enemy submarines had appeared; U21 announcing itself by sinking two British battleships, HMS Triumph and HMS Majestic, in early 1915 as they shelled the shore batteries.

After the Gallipoli project was abandoned, fishing boat endeavour switched to other parts of the Mediterranean; in particular, the 30-mile-wide Strait of Otranto, the entrance to the Adriatic between the heel of Italy and the Albanian coast. There, the threat came from A-H submarines operating out of the Gulf of Catarro – modern-day Kotor – on the eastern side of the Adriatic, and 30 drifters were sent out to form a barrage across the Strait in an attempt to keep them in.

Steam drifters, at 40-80t, 70-90ft and much less substantial than trawlers, had been taken up by the hundred during 1915 as submarine indicator nets came into wider use, each of them capable of streaming 500 yards of buoyed wire netting extending down 16 fathoms. Those sent to Otranto were, at least, armed – albeit with mere three- or six-pounders – “Unarmed drifters?” had remarked the obviously perceptive Captain, later Admiral, Sir Herbert Richmond. “I doubt any more childish scheme could be imagined” – and by early 1916, there were over 100 on the barrage, ostensibly supported by destroyers, though they tended to loiter in nearby ports.

But, as in the English Channel (Fishing News, 4 February, ‘Tin Fishing’), the barrage merely hampered the U-boats – only two were destroyed, among probably hundreds of passages. The drifters themselves were easy targets for surface attackers, as was finally demonstrated on 15 May 1917, when A-H warships sank 14 and damaged four others including the Lowestoft drifter, Floandi. Six of her crew were killed, including the wireless operator, Douglas Harris, who was hit by a shell as he made a log entry, having refused to leave his post under fire. The log was retrieved, with the scratch made by the pencil as the shell hit, and his devotion to duty is commemorated by a bust in St Peter’s Gardens in his home town of Wolverhampton.

That action also produced a VC for Joseph Watt, skipper of the drifter Gowanlea. With a crew of eight men and a dog, he was confronted at close quarters by the cruiser, Novara, which ordered them to abandon ship prior to it being sunk, only to be shot at by the Gowanlea’s six-pounder. It couldn’t work, of course, and the Gowanlea was quickly hit by four shells, incurring serious damage and wounding several crew. Three other drifters around Gowanlea also opened fire but were sunk, and a fourth badly damaged, after which the Novara departed, leaving Watt to steer gingerly among the wreckage, picking up survivors. All of Watt’s crew survived, except the dog, which died of shock three days later.

After that attack, the drifters were withdrawn to port each night, allowing submarines to pass almost at will. Nets were eventually replaced by deeply tethered mines.

Joseph Watt, for his part, was uncomfortable with his gong and in later years, having returned to fishing at Fraserburgh, he kept it in a rubbish-filled drawer on his boat, Benachie, and refused to speak about his war experience, even to his wife.

He would eventually rejoin the Navy as a drifter captain in WW2 although he spent that time relatively uneventfully in home waters, occasionally complaining that he had been refused foreign service due to his age. Joseph Watt died at home in 1955 and was buried alongside his wife and in-laws at Kirktown Cemetery in Fraserburgh.

For more features like this, visit our nostalgia section. 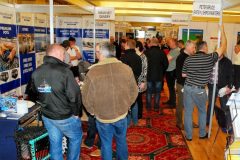 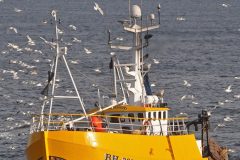