Scottish fisheries minister Fergus Ewing has slammed the transitional Brexit agreement and its effects on Scottish fishermen, and questioned the UK government’s approach to the forthcoming negotiations on the UK’s future relationship with the EU, reports Tim Oliver

In a letter to DEFRA Secretary of State Michael Gove, the Scottish minister has asked for ‘firm proposals’ on the nature of the consultation taking place between the UK and the EU ahead of the negotiations.

He asks for assurances in relation to future negotiations, the protection of the fishing industry, and Scotland’s voice in future fishing negotiations.

“I wish to place on record my very serious objections to the impact the deal will have on Scottish fisheries,” Mr Ewing tells Michael Gove.

He says the Scottish government and ‘the overwhelming majority’ in Scotland support continued EU membership and that retaining membership of the single market and customs union is ‘essential’.

He acknowledges the need for a transition agreement to provide business certainty, but says ‘pragmatic’ arrangements are needed during the transition, to ensure Scotland can continue to be involved in decisions such as the annual fixing of quotas.

But the Brexit transition deal is ‘the worst possible outcome for Scottish fisheries’, Fergus Ewing tells Michael Gove. It means Scotland will still be in the CFP, but not a partner at the table and, therefore, ‘robbed of the means to protect our interests’.

The deal makes the UK negotiating position ‘weaker than ever’ because neither the UK nor Scotland will be attending fisheries negotiations ‘as a matter of right’. The Scottish industry is ‘rightly seeking clarification as to how this deal can be in their interests’.

The Scottish minister throws cold water on the requirement in the deal for the EU to ‘consult’ the UK ahead of negotiations. “I remain deeply concerned that, even where consultation is undertaken in good faith, Scottish and UK fishing interests will be overridden where it is in the EU’s interest to do so, without our presence in the negotiations themselves,” he tells Michael Gove.

“I do not regard such a critical loss of influence over such a vital national interest, and the resultant democratic deficit, as a positive outcome for Scottish fisheries, and neither does the Scottish fishing industry.”

He calls on Mr Gove to urgently provide the Scottish government and Scotland’s fishing industry with details on the form this consultation will take.

Mr Ewing was due to meet UK fisheries minister George Eustice last week, and said he would be asking him for ‘firm proposals’ on how it will include the Scottish government in the consultative process.

He says: “The lack of priority given to fisheries by the UK government in the transition negotiations raises huge concerns ahead of the upcoming negotiations on the future relationship with the EU.” He asks for ‘clear guarantees for the benefit of Scotland’s fishing industry’ ahead of the negotiations:

The Scottish minister also says there must be an ‘explicit recognition that in future annual fisheries negotiations, the Scottish government must be given, as a minimum, an equal or lead role where Scottish interests are at stake, to ensure that the rights and needs of its fishermen are protected’.

He tells Michael Gove it would be ‘a further outrage’ if Brexit resulted in any reduction of the direct representation of Scottish interests by the Scottish government in the annual negotiation process.

In response to a request for comment on Mr Ewing’s letter, DEFRA referred Fishing News to Michael Gove’s statements and comments in the Commons debate held after the Brexit transition deal was announced. The Secretary of State’s comments were reported in Fishing News last week (‘Industry betrayed’, 29 March) and in a fuller report on the debate ‘MPs blast minister over Brexit deal’ in this issue on page 3. 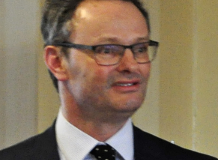 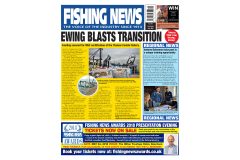