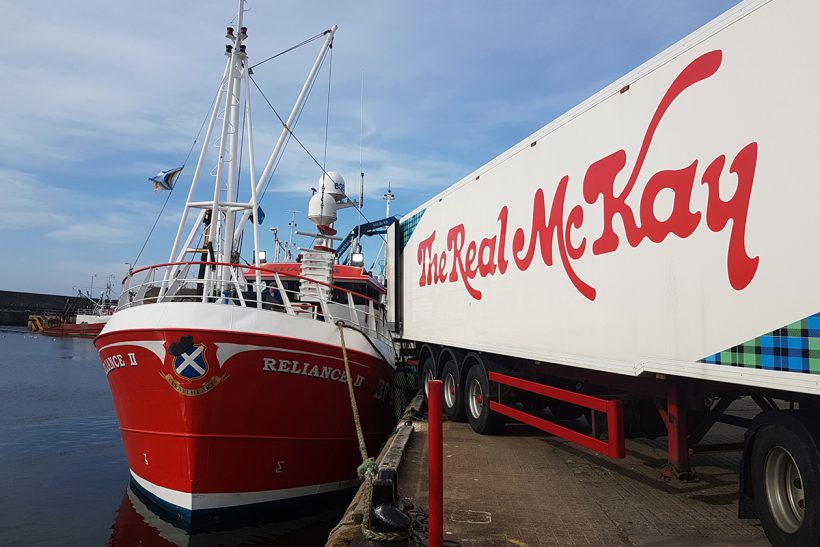 Above: Reliance II landing 450 boxes of whitefish (including 6t of cod) and 70 boxes of prawns into Macduff last week for consignment to Peterhead. (Photograph courtesy of Andrew McConnachie).

In addition to widespread industry support, over 800 local residents signed a petition against the cuts, highlighting the depth of feeling the proposals generated in Macduff, where the harbour continues to be the heartbeat of the local community (Fishing News, 27 April).

The decision for the Aberdeen Council’s infrastructure committee to review the proposal to axe the longstanding provision of night watchmen at Macduff harbour, which was initially expected to be implemented at the beginning of this month, will now be reviewed on 1 June.

Macduff is home to a modern fleet of locally-owned vessels, as well as regularly being used by skippers from all parts of the UK for annual refit and modernisation work. Over 250 people are employed in jobs directly related to work generated at the harbour.

In the last year, a range of initiatives designed to generate further activity and secure the long-term future of Macduff harbour have been phased in under a master plan to regenerate the harbour.

Five months ago, agreement was reached between Macduff Harbour and Marine Scotland to relax designated port status regulations that have been in force for more than a decade. Due to the logistical importance of Macduff, Marine Scotland now allows vessels to land larger volumes of fish, including more than 1t of cod, when using harbour facilities, including the multi-berth slipway.

After new protective quayside fendering was installed at the end of last year, new chilled catch storage facilities have been installed in the fishmarket, together with two ice machines funded through the local FLAG group.

The proposal to terminate the employment of night watchmen at Macduff harbour, without consulting the fishing industry or carrying out any risk assessment, was widely condemned by local skippers. 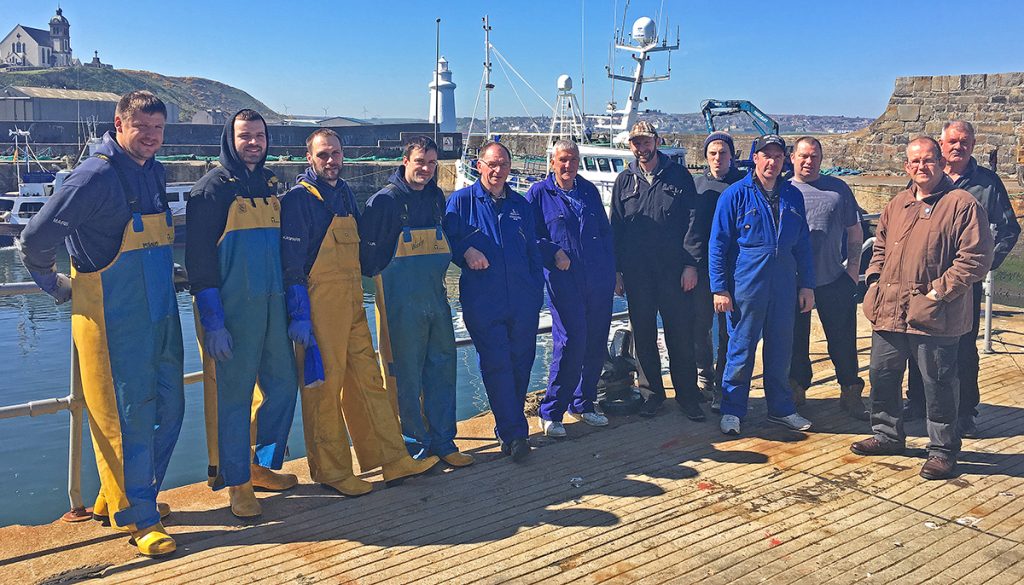 Local and visiting skippers are vehemently opposed to Aberdeenshire Council’s proposals to end the night watchmen provision at Macduff harbour. 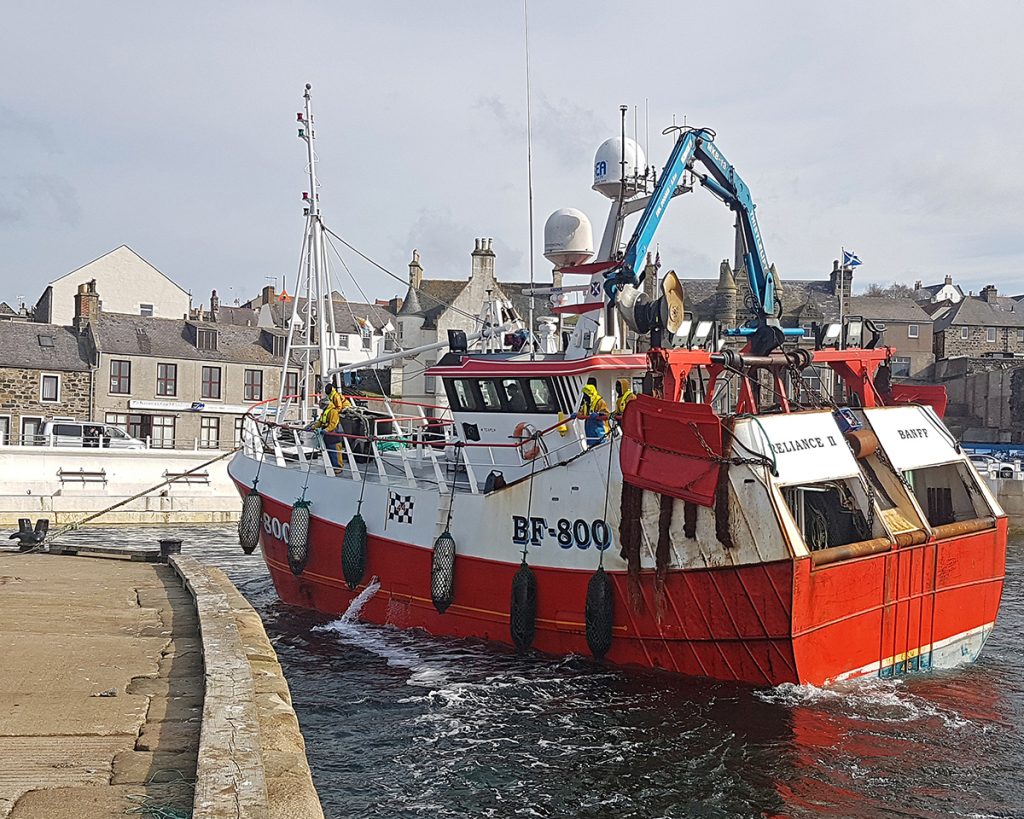 Reliance II takes the usual spring to round the pier before entering Macduff harbour. (Photograph courtesy of Andrew McConnachie).

One skipper said: “Conditions at the entrance to Macduff harbour are constantly changing. The knowledgeable first-hand information of the depth of water, swell height, wind and movement across the entrance provided by watchmen, have long been recognised as being of vital importance to skippers who, having started their approach, are fully committed to continuing – there is no turning back.

“Equally important is the ability to quickly throw a spring ashore to a watchman at the end of the pier to assist a skipper make the sharp turn into the harbour.

“Denying the services of a watchman would clearly contravene the detailed risk assessments every vessel has in place in accordance with MCA requirements, as clearly crewman cannot jump ashore onto a quay from a moving vessel in pitch darkness.”

Skipper John Clark, chairman of the Macduff branch of the SWFPA and a member of the Harbour Advisory Group said: “While the level of support we are receiving is extremely encouraging, it is still difficult to understand how this situation has developed.

“Everyone acknowledges that the harbour is the focus of activity at Macduff and provides vital employment for many in an area, where alternative work would be extremely difficult to find. Not least because of the well-documented downturn in the oil and gas sector in the North Sea.

“It is in the long-term interests of everyone to see Macduff harbour busy, yet all the progress that has been made recently is now being threatened and undermined by the proposal to pay off the night watchmen.

“Installing CCTV, remote tidal gauges and implementing a call out system under which one man is expected to cover three harbours, is a massive retrograde step.

“Despite loyally supporting Macduff for many years, we are now being treated with contempt by Aberdeenshire Council with an ill-advised proposal – putting the safety of fishermen and their boats at risk for no other reason than a convenient cost-cutting exercise. This will inevitably bring long-term financial losses if the full implications of the cuts are allowed to become clear.

“Every local skipper is united in the aim to retain night watchman provision at Macduff harbour. The level of support being received from skippers throughout the UK, who recognise the benefits the service brings when they have annual refit work carried out at Macduff, is also highly encouraging.” 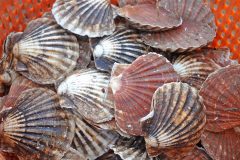 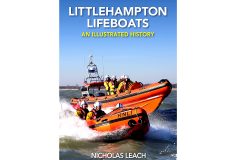